There are plenty of narratives out there about NFL injuries and player health. So, what I want to do is provide some statistics with minimal opinion attached to help clarify some of the misconceptions about recurrence rates and other fantasy football related topics. Some of these are in order but this is primarily a semi-random assortment of statistics related to NFL injuries and fantasy football. Enjoy! 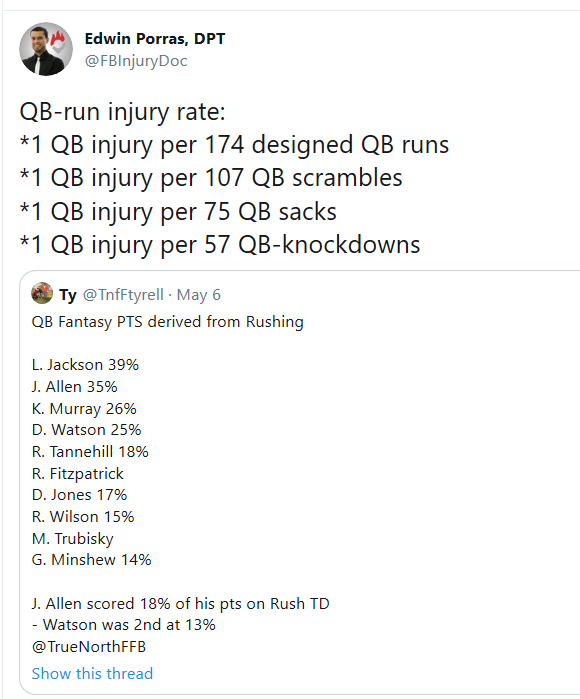 Certainly, not all of these statistics have the context necessary to make an actionable decision, but hopefully they challenged your way of thinking about certain players.