What to Expect: Ankle Sprains

What to Expect: Ankle Sprains

Expectations: Players typically return from a lateral sprain with 1-2 weeks and performance can suffer modestly. Lateral sprains can also result in a recurrence within the first week. At that point players can be out for up to two more weeks.

Ankle sprains are an extremely common NFL injury accounting for 12% of all injuries from 2012-2014 trailing only knee injuries which made up 18% of the pie. In fact, by the time college players reach the NFL combine, 13% of running backs and wide receivers and 7% of tight ends have already had some sort of ankle sprain. There are two subtypes of ankle sprains (lateral and high) that are important to distinguish when estimating how a player’s performance will be impacted and for how long.

A lateral ankle sprain can be the less severe of the two injuries depending on the situation. A lateral sprain occurs when a player forcefully “rolls” onto the outside of his ankle/foot. This overstretches one or both of the ligaments on the outside of the ankle called the Anterior Talofibular and Calcaneofibular ligaments. For a gruesome example of a lateral ankle sprain, click here. For a visualization of the ankle and the ligaments, see the picture below. 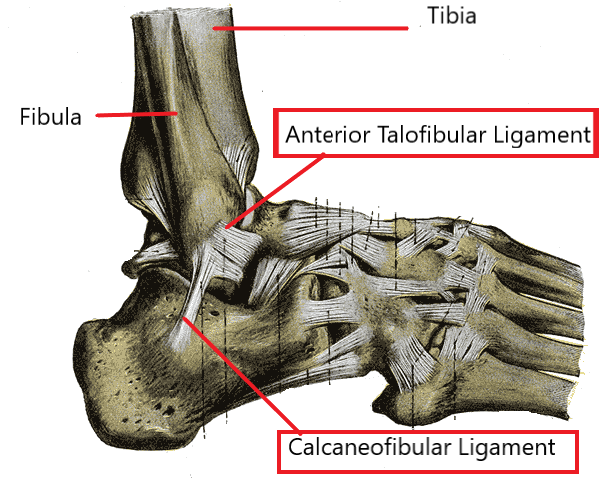 Photo courtesy to Anatomy of the Human Body

According to this 2013 study, NFL players who sustained a lateral ankle sprain were able to return to play on average after 6.5 days. Although this is also observed clinically (“clinically” is basically the medical equivalent of tape-grinding), performance can suffer the week immediately after the injury, as evidenced by Joe Mixon in Week Two of 2019. Following his lateral ankle sprain in Week One, Mixon saw only 55-percent of offensive snaps and carried the ball 11 times. That’s in contrast to his seasonal averages of 62-percent and 17 carries per game. Now, could this be attributed to a stout San Francisco run defense? Absolutely. However, historical data from 2016-2019 also shows a 12% dip in fantasy production when running backs play through a questionable designation because of an ankle injury. Lastly, it’s important to note that although recurrence of lateral ankle sprains was only 7%, if players did re-sprain the same ankle, the recovery period was extended to 13 days. Still, over 40% of players with a lateral ankle sprain were able to return to play after one week, and no data currently exists indicating a singular lateral sprain negatively impacts players in the long-term.

What the heck is it? To keep it simple, imagine a place kicker's point of view as he stares at an NFL goal post. The uprights represent the two lower leg bones and the bottom beam is the top of the foot. If the net (usually positioned behind the goal post) is stretched across the front of the uprights, it represents the connective tissue called the interosseous membrane-- the tissue that is injured in a high ankle sprain. These injuries are consistently more debilitating than lateral sprains because the syndesmosis has a poor blood supply and high sprains typically involve a greater volume of tissue damage.This tissue is damaged when a player is forcefully compressed while the lower leg is rotated and is usually a contact injury. Below is the same picture as earlier, but the blue arrow is the syndesmosis. 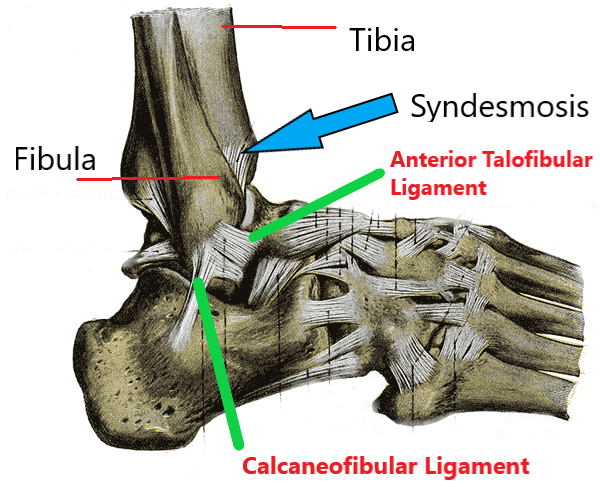 Despite the commonly cited four- to six-week recovery timeline for high ankle sprains, the mean return-to-play time for NFL players is 15 days. The mean range of missed time is between 5 and 27 days. In fact, this study found that the average missed time in NFL athletes after a high ankle sprain was one to three weeks. Further driving home this point, the chart below shows a sample of 62 players who suffered a high ankle sprain from 2016-2020. In other words, 36% of players (more than one third) have ended up missing zero or one game. Another 39% missed two or three games and only a measly 21% actually miss between four and six games. The overall mean and median for this sample is 3 weeks of missed time. Unless Adam Schefter or Adam Caplan specifically reports “4 to 6 weeks” apply this data instead. What’s more is that there’s approximately a 17% drop in fantasy points in the first game back.That drop remained consistent for those averaging 9 ppg before the injury. Worse yet, there’s about a 20% in-season recurrence rate for these injuries.

The last unfortunate piece of information is that much like Michael Thomas in 2020 and Alvin Kamara in 2019 showed, these injuries also stick around. This 2013 study surveyed all 32 NFL head team doctors and they all agreed despite the earlier return, most players continued to be impaired for four to six weeks. They further quantified this, stating that 10 to 40-percent of ankle injuries persist for some length of time. This is critical to keep in mind for cash games, high stakes leagues, and prop bets.

Players with lateral “low” ankle sprains can return to play the following week, but performance is likely to suffer. If a re-sprain occurs, which is statistically likely, expect two weeks of missed time. Players who suffer a high ankle sprain miss an average of two to four weeks, which is faster than the commonly cited four to six-week timeline for the average-Joe. However, if a player does return early, he may still not be 100-percent until five to six weeks after the initial injury. High ankle sprains are not an injury I’m looking to trade for in hopes of a discount on a player. In fact, as long as the value in return is commensurate, I would trade away most players who have suffered this injury if the goal is to reach the ceiling each and every week.