The Rams are the only NFC West trending down in the season win market from last season after stumbling to a 9-7 overall record in 2019 off of their 15-4 mark and Super Bowl appearance in 2018. The Rams actually had one of the best against-the-spread marks (10-5-1) last season despite falling well short of their massive expectations as the sixth-favorite (+1400) to hoist the Lombardi Trophy. Los Angeles is looking for a better home-field advantage in the brand-new SoFi Stadium after going 3-3-1 ATS at the L.A. Coliseum last season — they went 7-2 ATS in road/neutral games last season.

Los Angeles is looking to rebound this season after suffering from a Super Bowl hangover last season. The Rams’ record plummeted by four regular season wins last season from 13-3 to 9-7, but they’ll surpass their 2020 season win total if they can match last season’s record. HC Sean McVay is looking to right the ship and to prevent a downward spiral with a team that looked built to win for the immediate future after their Super Bowl LIII appearance.

They let some big names leave this off-season, including Brandin Cooks (Texans) and Todd Gurley (Falcons) on offense and Dante Fowler (Falcons), Cory Littleton (Raiders) and Eric Weddle (retirement) on defense. They’ve clearly lost some key players from their Super Bowl run, but you’re betting on the Rams because of McVay and the system he’s put in place. You’re also betting on the talent they still have in critical spots with their pass defense (Jalen Ramsey), with their pass rush (Aaron Donald), and with their receivers (Robert Woods, Cooper Kupp, and Tyler Higbee. 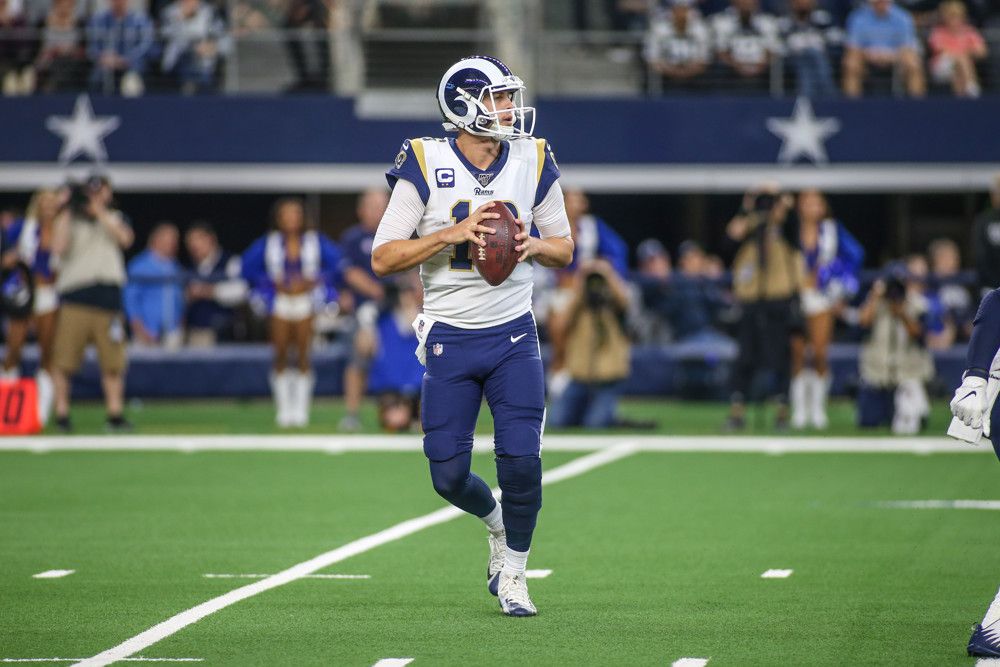 The big question is can Jared Goff get back to his 2018 ways when he averaged 8.4 YPA with 32 TDs to 12 INTs. Goff is going to need his offensive line to improve this season if he wants to get back to his old form since he needs a clean pocket more than most QBs. The Rams O-line started playing better at the end of last season when they re-shuffled their lineup and started playing more 12 personnel, and they should have some cohesiveness heading into the 2020 season since it’s essentially the same group.

The Rams have a pivotal game for their win total right out of the gates against the Cowboys as they’ll be looking to open their brand-new stadium in style on Sunday Night Football. They have a pair of road games against the Eagles and Bills in the proceeding weeks so the opening three-game stretch could dictate the tenor of their season immediately.

The Rams were the only team in the NFC West to see their win total drop from 2019 to 2020 and for good reason with the big names that left the franchise. They’ll also be breaking in new offensive and defensive coordinators this season, although Sean McVay will still mostly be calling the shots on offense.

Brandon Staley, 37, will look to transform this defense from a one-on-one, fundamentally-based unit under Wade Phillips to a defense that will use different personnel looks, schemes, and coverages to confuse opposing offenses. It’s a good idea in theory with their talent level dropping off the last two years, but this isn’t the easiest off-season to implement an entirely new defense, especially with five major contributors gone from last season.

This entire roster is extremely top-heavy, and they didn’t help their thin depth chart when they drafted WR Van Jefferson in the second round after not having a first-round pick. They still have some major stars at key spots on their roster, but the Rams can’t afford many injuries to their top players. It’s notable because of the current world health crisis that could strike any roster at any time this season.

The success or failure of this year’s Rams could depend on the team’s O-line play, which will determine the play of Jared Goff, who needs protection more than most QBs. GM Les Snead and McVay gave the O-line a vote of confidence by mostly leaving the group untouched from last season. However, if they rank among the league’s worst O-lines once again this season, it could be what undermines their 2020 campaign just like last season. 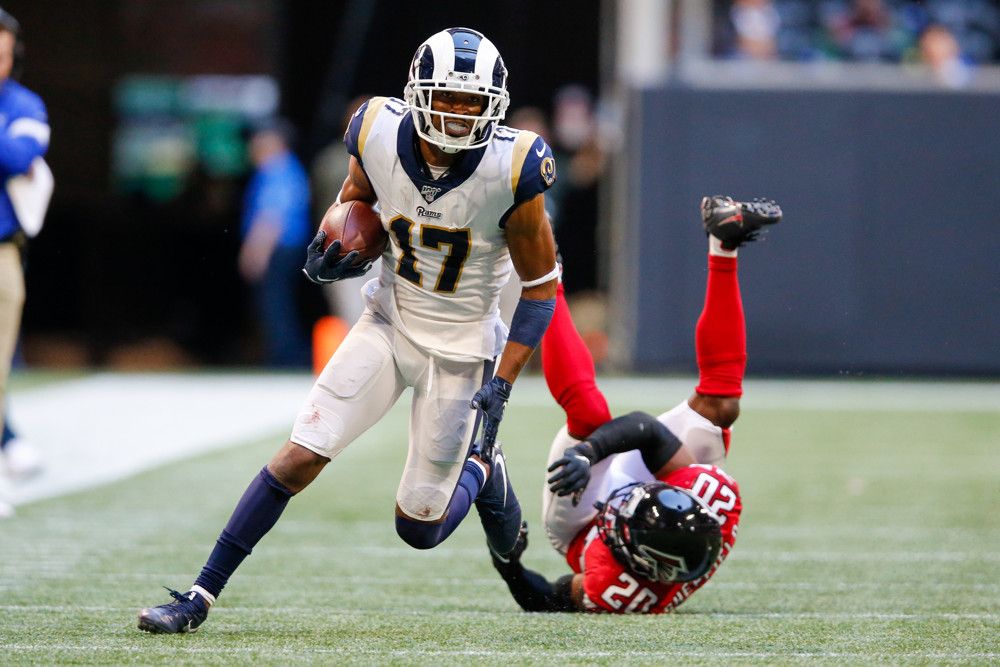 The Rams are transitioning to a different offensive look with more two-TE sets this season, and the move worked well for Jared Goff at the end of last season. He threw for multiple TDs in each of his last five games (11 total) when they switched to more 12 personnel. Goff’s TD rate tumbled from 5.8% in 2017-18 to an ugly 3.5% last season, but he still threw for 22 TDs in 2019.

The Rams also parted ways with Todd Gurley this off-season. For all of his faults at the end of his Rams’ tenure, Gurley was an absolute monster in the touchdown department. He scored 12+ rushing TDs and averaged 14.0 rushing scores per season over the last three years. In fact, just 47.8% of LA’s touchdowns came through the air last season, ahead of only San Francisco and Carolina last season. I’m expecting a couple of Gurley’s rushing TDs to be converted into passing TDs for Goff this season.

For those reasons, I’m betting one and a half units on Goff over 23.5 passing TDs this season. Our projections have him clearing this total by five and a half scores, and Goff has stayed healthy the last three seasons since becoming the full-time starter. He’s missed just one game in that span for rest in a meaningless Week 17 game in 2017, and the Rams are unlikely to be in a position to rest starters at the end of this season since they’re lined to be a borderline playoff team.

I don’t feel strongly about the Rams win total this season, but I lean toward the Rams going over eight wins this season. I’m not personally wagering on it but, if I were to bet on it, I would wait until closer to the season to get potentially juicier odds since public opinion has swung violently against the Rams this off-season. The Rams have certainly lost quite a bit of talent from their 2018 Super Bowl team, but I’m a big believer in Sean McVay and his ability to keep innovating this roster going forward after making some tweaks in the final month of last season.

I’m eyeing up the Rams as a team that’s being undervalued a bit going into the season, and they could get some love from me early in the year. They also still have some big-time talent in key spots on their roster so I’m fading the Cardinals love and backing the Rams in the bottom half of this division.