That’s what I’ll be doing in this article, using both resources to help me highlight the top main slate DFS Value Plays in any given week. Here’s Week 8:

Note: This is just the first-pass publish of the DFS SuperModel. The SuperModel and our projections will continue to update throughout the remainder of the week. As of right now, Giovani Bernard only ranks as a slight value. However, if we get word Joe Mixon is out, expect him to skyrocket up near the top of both resources. The same can be said for Jamaal Williams if Aaron Jones is out. Or Melvin Gordon if Phillip Lindsay is out. Etc.

According to the SuperModel, Hunt isn’t just the top value of the week on DraftKings, but he’s one of the best values we’ve seen this entire season, mispriced by nearly $1,700.

In Week 7, Hunt played on 92% of the snaps, earning 18 of 19 carries and 4 of 4 targets out of the backfield. This is elite usage and a true bell cow workload, and his best workload of the season – he dealt with groin and thigh injuries across Weeks 4-6, which helped D’Ernest Johnson and Dontrelle Hilliard carve out a slight role. Last week’s matchup was fairly soft but was spoiled a bit by game script, though he still walked away with 19.2 fantasy points. That game came after back-to-back bottom-5 matchups in his only other games without Nick Chubb (18.3 FP vs. IND, 7.7 FP vs. PIT). This week’s matchup, however, is near-ideal – the Raiders are giving up the 4th-most rushing FPG (17.7) and the 5th-most receiving FPG (14.3) to opposing RBs. And they’re giving up the most schedule-adjusted FPG to opposing RBs (+7.8).

Hyde is popping as our top SuperModel value on FanDuel, but (with Dalvin Cook, Aaron Jones, Joe Mixon, Phillip Lindsay, Mark Ingram, Frank Gore, etc. all Questionable) there’s a good chance he gets unseated by a different running back by Friday night or Saturday morning. There’s also a chance that Hyde himself isn’t able to play this week – Hyde, Chris Carson, and Travis Homer all missed practice for the second straight day on Thursday.

If Hyde, Carson, and Homer are all out, Greg Cosell-favorite DeeJay Dallas – the only other active RB on the roster – would become a lock-button play, likely to be on the field for nearly every snap in this game. If Hyde plays and isn’t limited, while Carson and Homer are both out, he would remain one of the better values on FanDuel. After Carson’s injury (suffered early in the 2nd Quarter), Hyde played on 30 of 49 snaps, well above Homer (13) and Dallas (6), earning 14 of 17 carries, 13 of 24 routes, and 1 of 3 targets out of the backfield.

Of course, this is a bottom-5 matchup for any RB, but – balancing expected volume vs. price, and playing on the most potent offense in football – Hyde is still a pretty strong value on FanDuel.

Again, I fully expect quite a bit more RB value to open up as the week progresses, but as it stands, Gaskin is popping as a top-3 RB value as per our projections on both DraftKings and FanDuel. Here’s what I had to say about him in Start/Sit:

Gaskin earned just 53% of Miami’s RB XFP through their first 4 games of the season, but that jumped to 72% over their last two games with Jordan Howard out (a healthy scratch). If he maintained that over the full season, he’d average 18.9 XFP per game, which would rank 7th-most at the RB position. He’s a high-end RB2 this week, in a neutral matchup against the Rams.

For seemingly the 8th week in a row, Allen is egregiously mispriced on DraftKings, as just the 15th-highest-priced WR of the slate.

Excluding Week 5 – where Allen scored 10.9 fantasy points despite running just 6 routes on the day, leaving early due to injury – Allen is averaging 13.3 targets, 103.8 yards, and 21.2 fantasy points per game with Justin Herbert under center. Over this span, his absurd 35.3% target share and 0.33 target per route run average leads all WRs by a mile. He’s a glaring top value in this neutral at-worst matchup.

We were all over Boyd last week, and he hit in a big way – and I’m fully expecting the same thing to happen again this week and for all of the same reasons. Boyd has quietly been one of the more matchup-sensitive WRs in fantasy. If excluding just the shadow games against the two best slot CBs in football (Chris Harris Jr. and Marlon Humphrey), Boyd is averaging 10.0 targets and 19.9 fantasy points per game. But he gets a great matchup this week, against a Titans defense that is giving up the 4th-most FPG to opposing slot WRs. Keep in mind they’ve been that bad, and are now without their starting slot CB Kristian Fulton, replaced by CB Chris Jackson who was brutalized by the walking corpse of JuJu Smith-Schuster last week. Of 103 qualifying CBs, Jackson ranks 5th-worst in fantasy points allowed per snap in coverage. Boyd is glaringly one of our top values over on FanDuel.

Aiyuk’s numbers are decent, averaging 70.8 air yards (31% market share), 5.8 targets, 0.8 carries, and 13.8 fantasy points per game since Week 3. And his volume should be a bit better this week with Deebo Samuel out. But he ranks as a top value over on FanDuel almost entirely due to matchup – and what a matchup it is! Seattle has given up 2,212 passing yards through 6 games, which ranks most in NFL history. They’re giving up the most FPG to opposing outside WRs (38.0, +8.0 more than next-closest) and the 2nd-most FPG to opposing WRs on deep passes (13.0). They’re giving up, by far, the most schedule-adjusted FPG to opposing WRs (+23.1, more than double the next-closest team) and WR1s (+11.5). Seattle has played just 6 games, but has allowed 10 WRs to hit 20.0-plus fantasy points, and 7 to hit 27.5-plus DK fantasy points.

Brown ranks as one of our top WR values on FanDuel this week, and, after hyping him all offseason – well… at the very least… 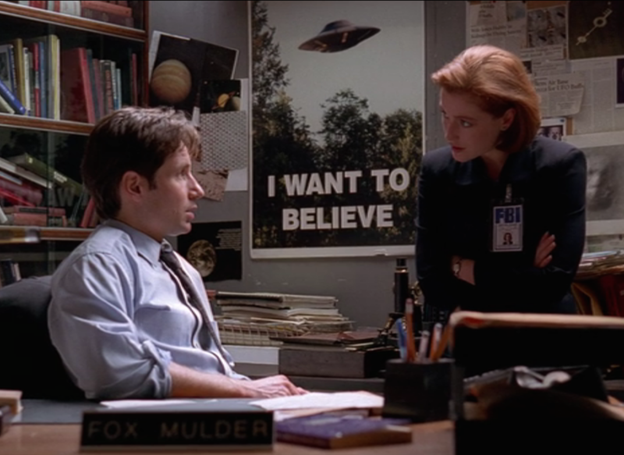 Brown ranks just 46th in FPG (12.0), but his volume has been a good deal better than that production implies. He ranks 25th in XFP per game (13.1), 26th in targets per game (7.2), 6th in air yards per game (112.0), and 4th in deep targets per game (2.5). He draws a great on-paper matchup this week, against a Steelers defense that is giving up the 6th-most FPG to opposing outside WRs. It’s not a perfect matchup – they’re allowing the 6th-fewest FPG to WRs on deep passes – but it is at least a glimmer of hope for a player we know has true slate-busting upside every single week.

Carr is our top QB value on DraftKings, ranking tied for 9th in our projections but ranking just 20th in salary. Ever so quietly, Carr ranks 14th among QBs in FPG (19.4), and that’s in spite of the league’s toughest QB schedule to-date. His schedule has been worth 3.6 FPG below expectation, which, if added back to his average, would push him up to 23.0 FPG (would rank 7th-best). He’s hit 20.0 fantasy points in three-straight games, despite tough matchups against the Bills, Chiefs, and Buccaneers. His matchup this week is excellent – Cleveland is giving up the 3rd-most schedule-adjusted FPG to opposing QBs (+4.0), which would push his per-game average up to 27.0 FPG (4th-most). Matchups aren’t everything, but this is a highly encouraging sign, and he is a terrific value.

I fully expected to see Waller rank as our top TE value of the week as per the SuperModel and our projections (on DraftKings). Though I still think that’s right and he is the best play at the position, it was interesting to see Smith beat him out in both.

Smith totals just 4.2 fantasy points on 6 targets across his last two games, hitting season-lows in snap share (41%, 70%) in both games. Part of that is due to an ankle injury suffered early in Week 6 (no longer listed on the injury report), but maybe part of that is also due to the healthy return of A.J. Brown and Corey Davis. Still, Smith was looking like a potential league-winner prior to this down-stretch, averaging 6.8 targets and 17.5 fantasy points per game. The Bengals are giving up the 4th-most FPG to opposing TEs (18.0), and Smith is egregiously mispriced as just the 13th-highest-priced TE of the slate on DraftKings ($800 cheaper than Mike Gesicki).