The Jets were a sleep-walking, dead under team until Weeks 4-5 when their offense came to life a bit against the Titans (27 points scored) and Falcons (20) as both of those contests cruised past the over. The big question for this week: Can Zach Wilson put Week 2’s four INT performance behind him and take advantage of this skidding Patriots defense? New England has given up 28, 19, 22, and 35 points over their last four games and over 350 total yards in three-straight (vs. Bucs, Texans, and Cowboys). Overall, this game is the third-quickest on the slate in adjusted combined pace and might be a tad undervalued if New York can find a way to be competitive coming out of their BYE. That is a lot easier said than done with the Jets, though. Only Washington (84% of snaps) has been behind on the scoreboard more often than New York (83%) this year.

After games with 15% and 14% target shares wasted on Brandon Bolden, Week 6 welcomed signs that his role might decline. Even though Damien Harris was only provided with a 5% target share, at least Bolden only touched the ball twice. In most weeks, the desired approach is to fade the plodders. Harris attended high school right down the road from my home. I know for a fact that he is a skilled receiver. So, while I personally feel Harris is being unfairly phased out of the passing game, this is a game where the Patriots are going to stomp a trail directly over the Jets in Foxboro.

Also, Jakobi Meyers essentially never leaves the field and owns the 13th-highest target share in the NFL. If he made a couple stops in the end zone — he had a big TD grab called back on a hold in Week 7 — his PPR upside would make him a weekly play. And it’s the consistent volume that elevates him over his WR teammates. New York continues to utilize a rookie as their nickelback, Michael Carter II. The ‘21 fifth-rounder is generally playing well, but you want to target your receivers on the inside against NYJ since they are closing down production outside at only 9.1 FPG (the lowest).

It’s tough to write off an entire team in a week in which six teams are on bye and several other key fantasy players are injured, so we do at least have to do the common courtesy of looking into the Jets.

Let’s start with rookie RB Michael Carter, who has taken the lead role in this backfield, and is playing a Patriots team against which he posted a career-high 88 yards from scrimmage back in Week 2 (yes, this is our first rematch of the season). Carter’s snap share was above 50% in each of the last two games prior to the Jets’ bye, with a season-high 52% share in Week 5.

The Jets also had a brutal WR rotation against the Falcons in Week 5, a much better matchup than this one, with only Corey Davis playing above 70% of the snaps (80%). The Jets used six WRs, with Davis unsurprisingly pacing them with 7 targets. Of course, his only game without hitting 7 targets was this matchup against the Patriots back in Week 2, when overmatched rookie QB Zach Wilson threw 4 INTs. Wilson has completed exactly 19 passes in three games, and 20 and 21 in his other two games. There’s not enough volume here to support multiple WRs as legitimate fantasy options, so the two I’d consider are Davis and Jamison Crowder, the only two Jet WRs who played more than 60% of the snaps in Week 5. (Crowder had 6 targets himself.)

The Patriots have multiple injuries in the secondary, including CB Jonathan Jones being out, so it’s possible the Jets have one or more pass catchers come through here. It’s just not a great bet.

The Patriots somehow managed to play in a game in which 64 points were scored, a game that went to overtime, while they ran all of 50 plays against the Cowboys last week. QB Mac Jones threw just 21 balls, and only Jakobi Meyers caught more than 3.

While poor Meyers still doesn’t have a touchdown on 121 career catches, and had one come off the board last week, it isn’t simple regression that should get him into the box. Will he score eventually? Sure. But he’s not going to turn into Adam Thielen all of a sudden. Here’s Scott Barrett from the Week 7 XFP Report:

“Contrary to public opinion, Jakobi Meyers is not a massive touchdown regression candidate. He ranks just 78th among all WRs in XTD (0.98). He totals 54 targets on the season, but zero end zone targets and just one target inside the 10-yard-line. He averages just 0.16 XTD per game, after averaging just 0.14 last year. You can contrast that to CeeDee Lamb’s 0.66, who is tied with Meyers’ 9.0 targets per game.”

Coincidentally, Meyers’ worst output of the season was his 4/38 receiving on 6 targets against these Jets in Week 2, and the Jets’ primary slot CB — the other rookie Michael Carter — has done a hell of a job in his first season. Per PFF, his passer rating of 77.1 allowed on his slot coverage snaps is 11th-lowest of 47 slot defenders with 50 or more coverage snaps. He’s been legitimately good. Nonetheless, I’m still trusting Meyers as a WR3… because who else am I playing here? 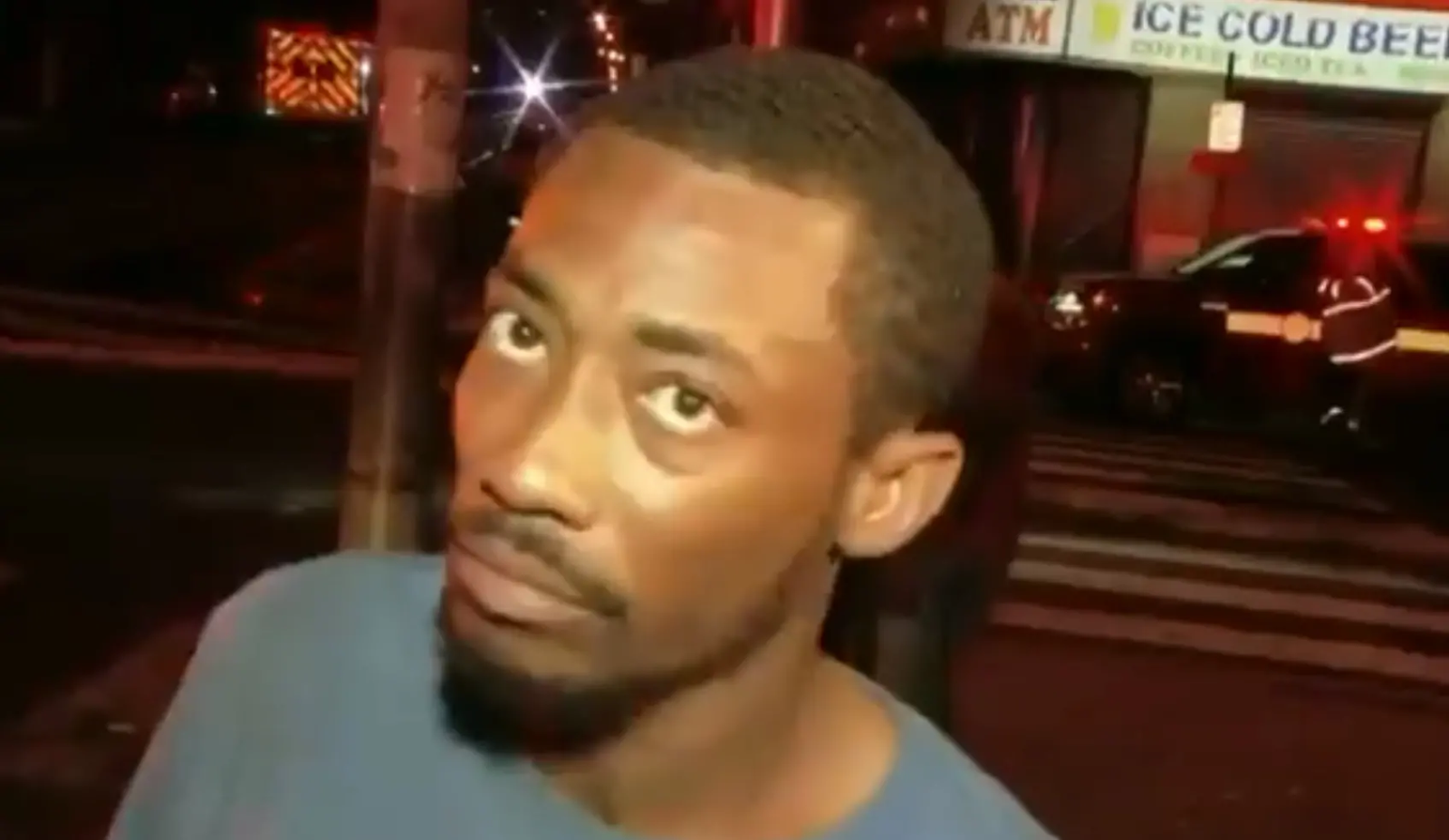 Nelson Agholor might have had the game on his hands last week. He dropped it.

Look at all the green in front of Agholor, if he beats the safety. And one thing Agholor can do is run.

Brolley outlined above why Hunter Henry is the clearly superior option to Jonnu Smith if you need a TE streamer, but Jake Tribbey actually likes Jonnu this week if you’re desperate:

Smith isn’t an exciting waiver addition at this point, but he is a player that will almost assuredly help you avoid the dreaded ‘goose egg’ at the position. His volume has stayed consistent, seeing at least 2 targets in every game this season, and 5 or more targets in four games. He’s tied with Kendrick Bourne for 4th on the team in total targets (23) and is tied with Nelson Agholor for the team lead in red zone targets (7). He’s seeing respectable, mid- to low-end TE2 usage, and offers decent TD upside given 30% of his targets have come inside the red zone. Teams desperate for a TE waiver fill-in that can’t grab Ricky Seals-Jones, Jonnu Smith is your next best bet this week.

The big development this week is in the backfield, where Damien Harris (chest) was totally removed from the injury report after his big day against Dallas. Harris posted 8/101/1 rushing and 1/7 receiving on his lone target, leading the Pats’ backs with a 48% snap share — Rhamondre Stevenson played 33%, and Brandon Bolden played 20%.

But the rookie Stevenson vultured a TD when Harris was winded at the end of a couple of hard runs, and Stevenson also managed to make some plays in the passing game, posting 3/39 receiving and running the most routes (8) of any Patriot back during the game. Harris continues to look like the Pats’ best runner, but New England trusts both Stevenson and Bolden more in the pass game and as pass protectors, based on usage. In competitive games, Harris will be a solid RB2, but he is TD dependent and has a seriously low floor given his lack of a bell cow role. Fortunately, with the Pats healthy home favorites, against a team he crushed back in Week 2, Harris is a rock-solid play this week. Just keep an eye on Stevenson if you’re desperate for some Waiver Wire RB juice.