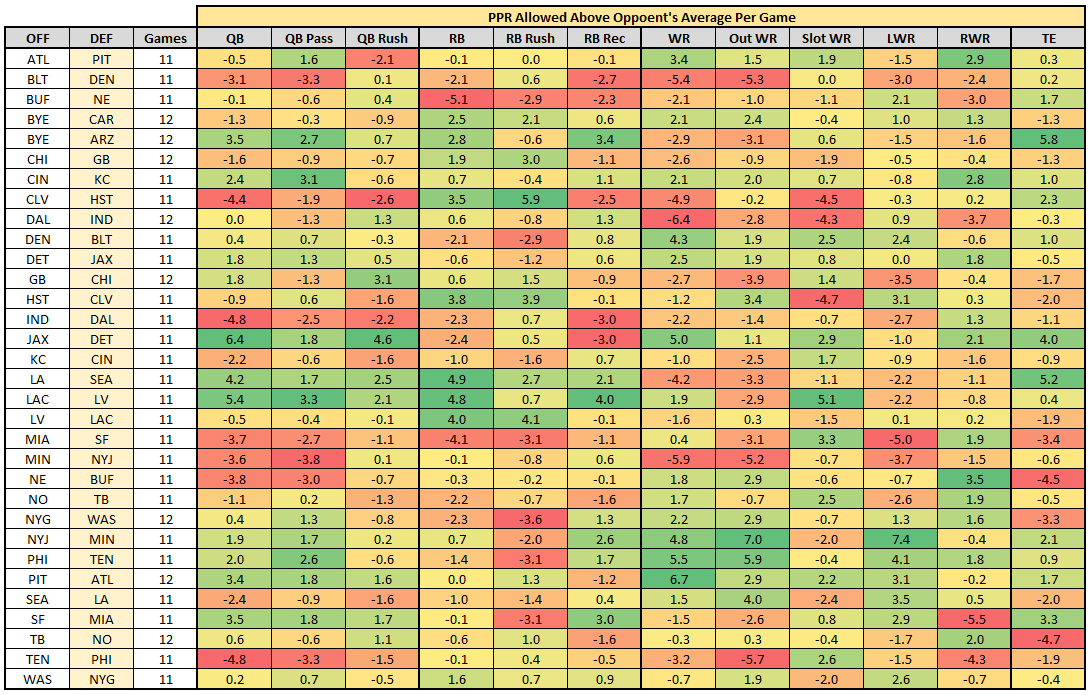 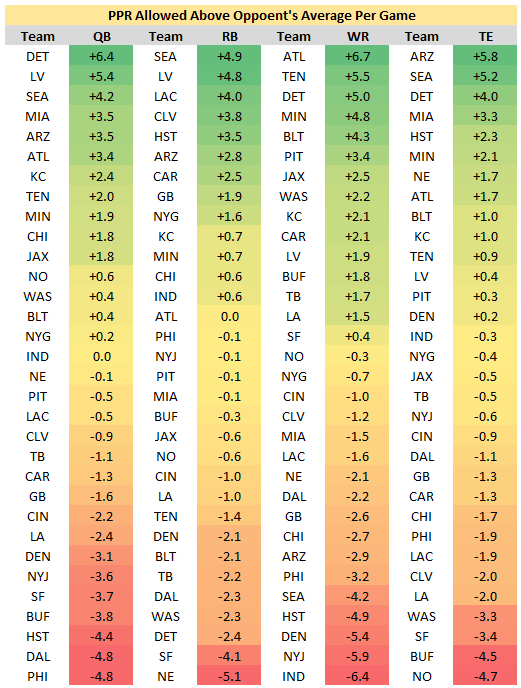 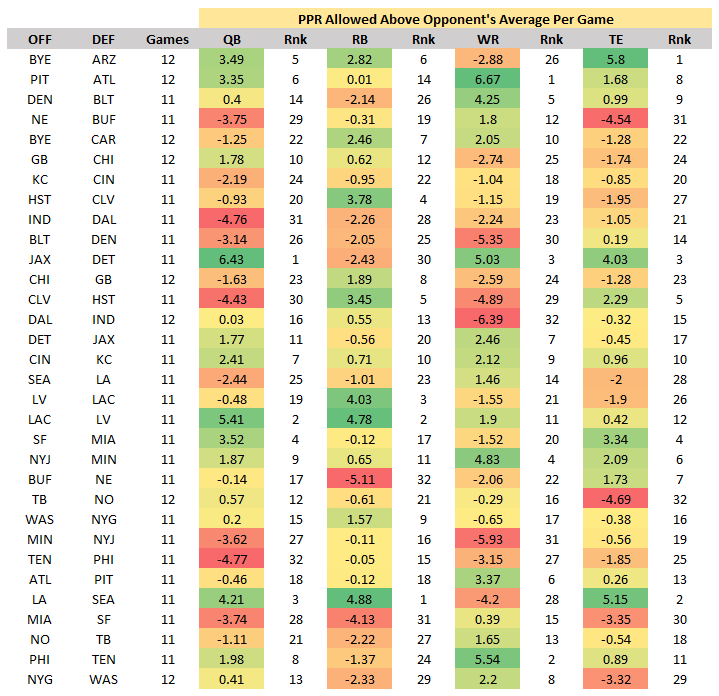 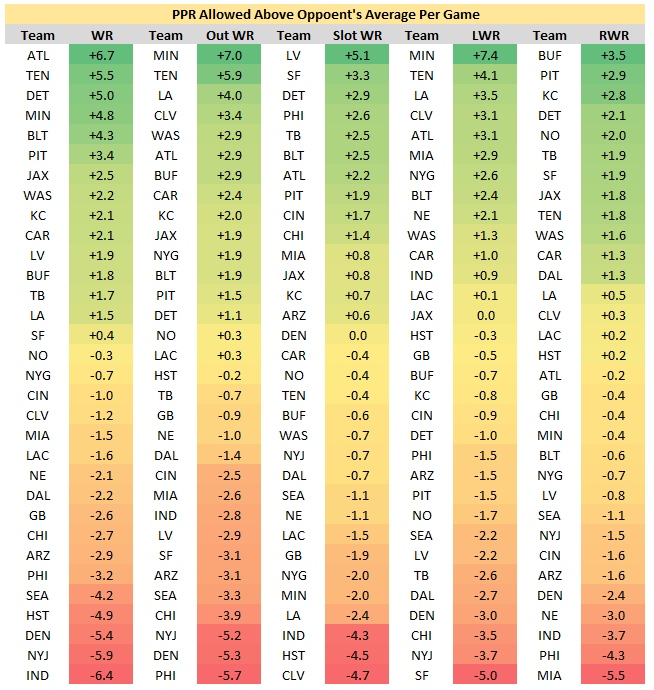 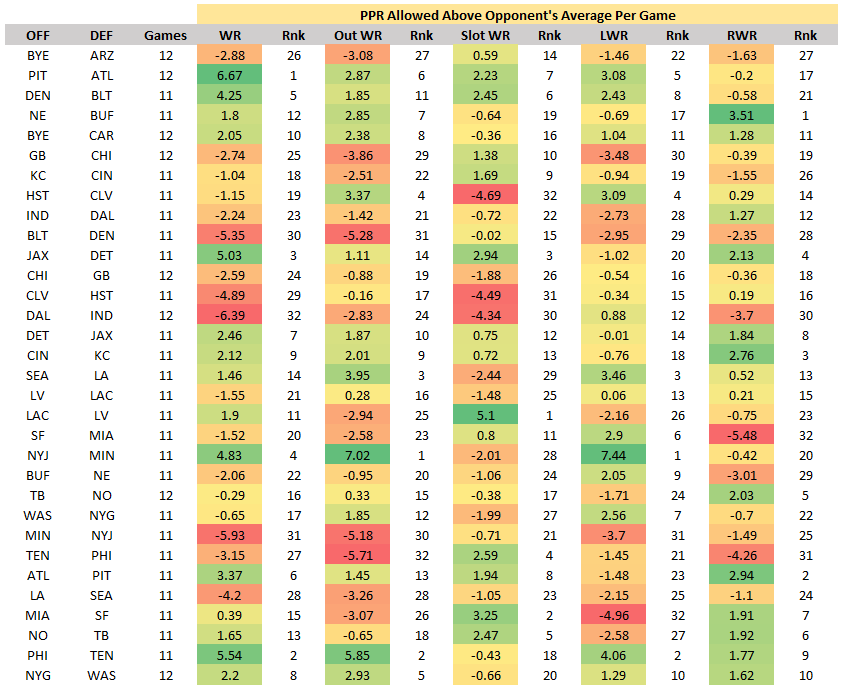 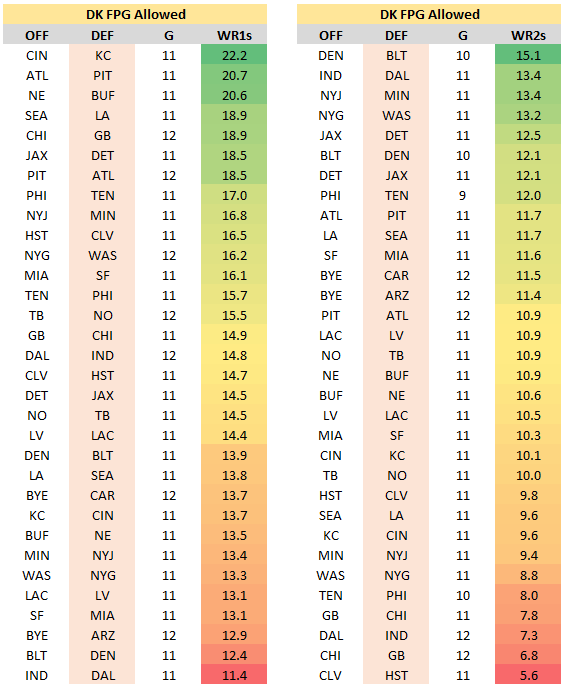 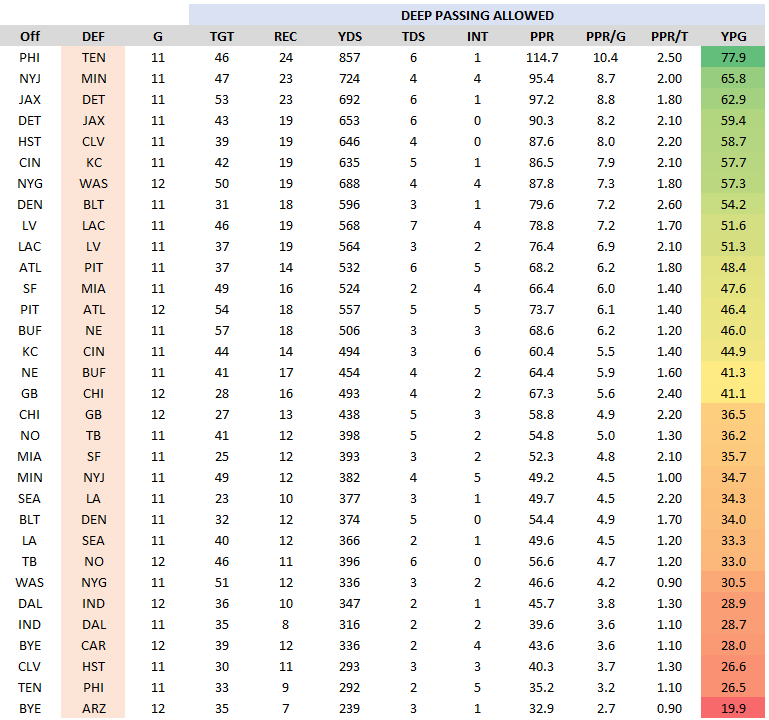 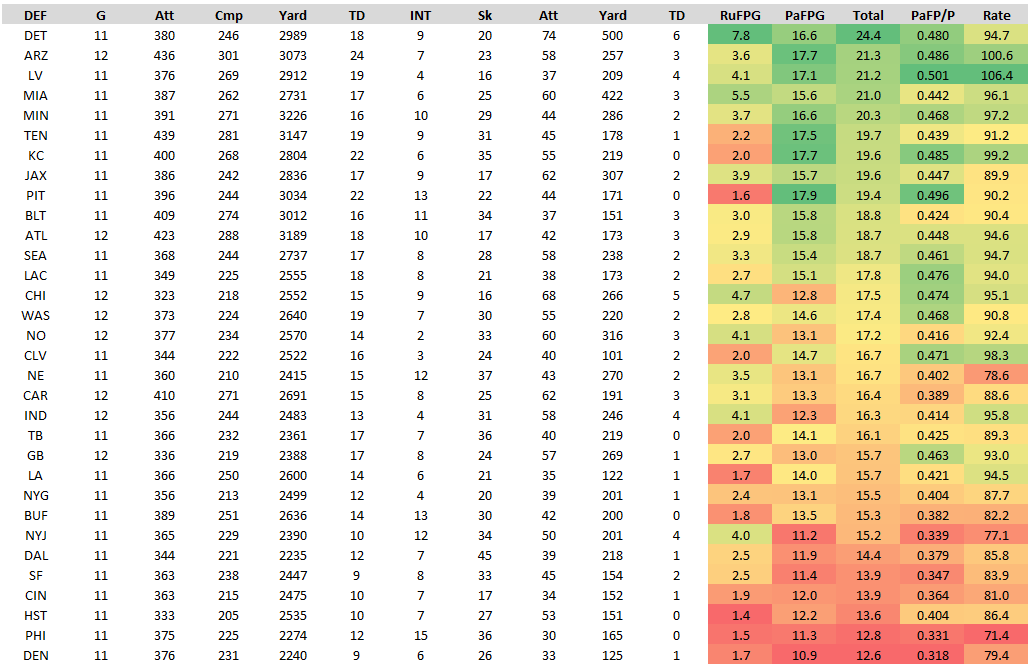 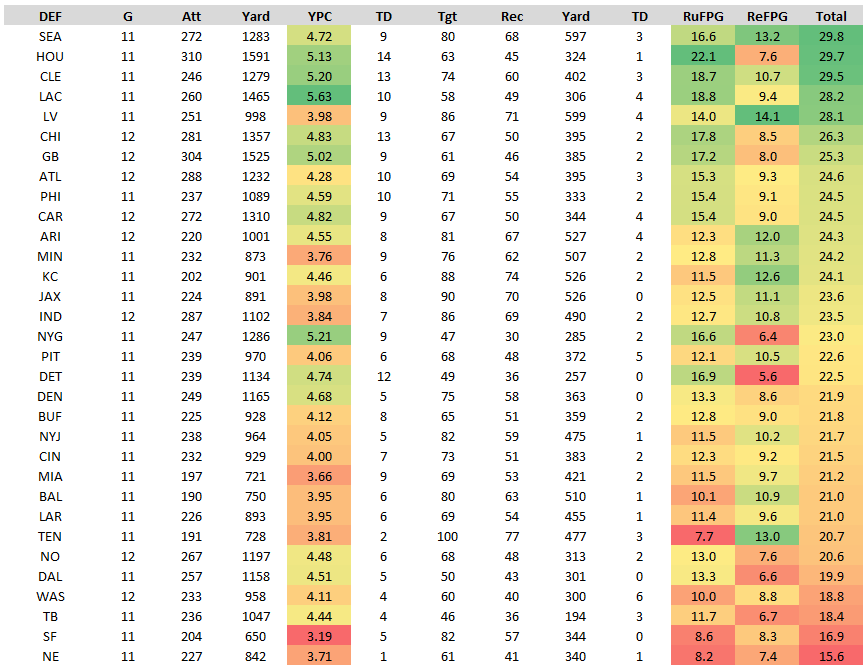 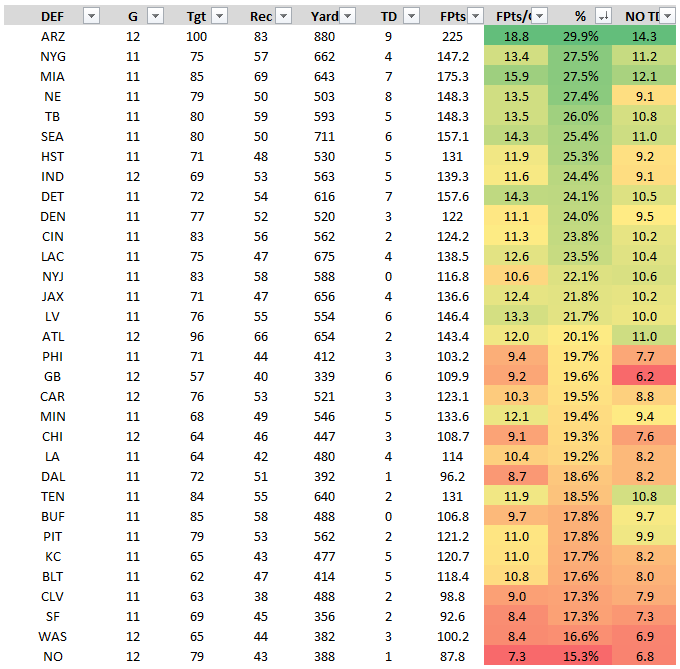 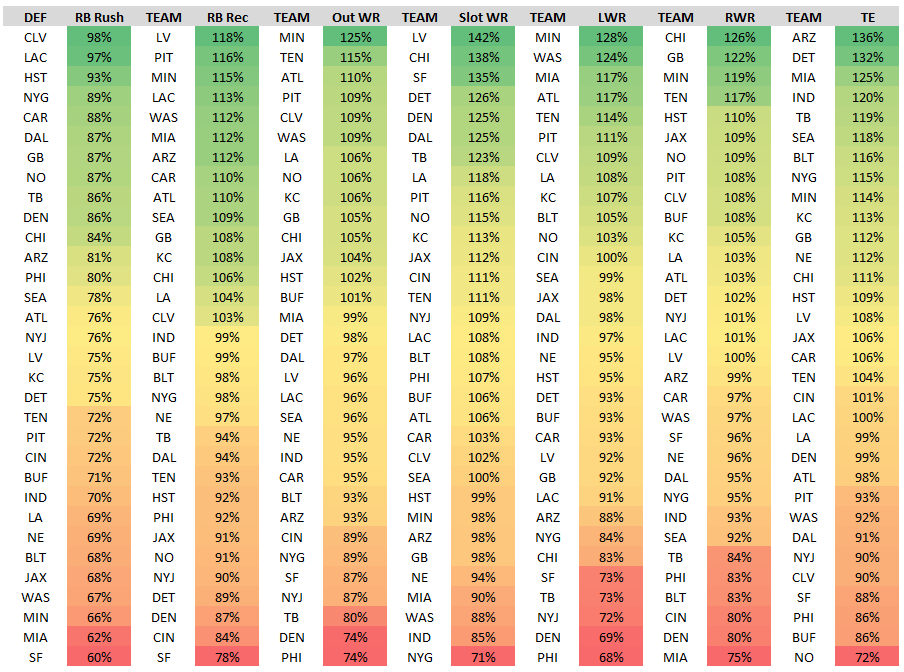 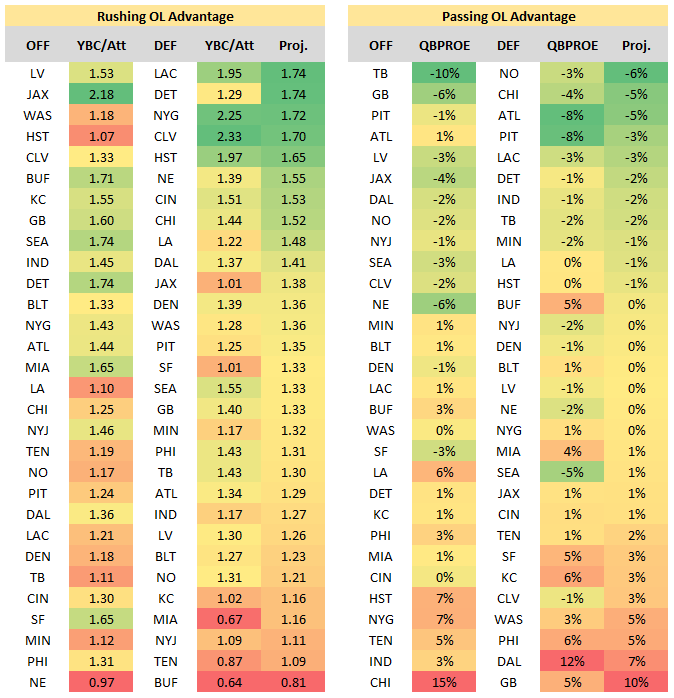 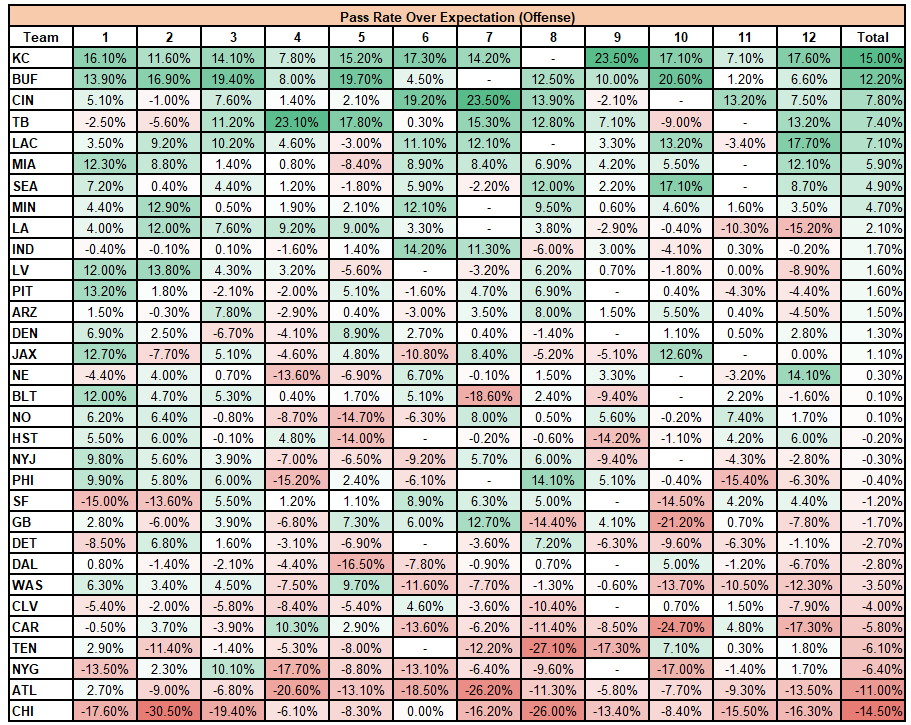 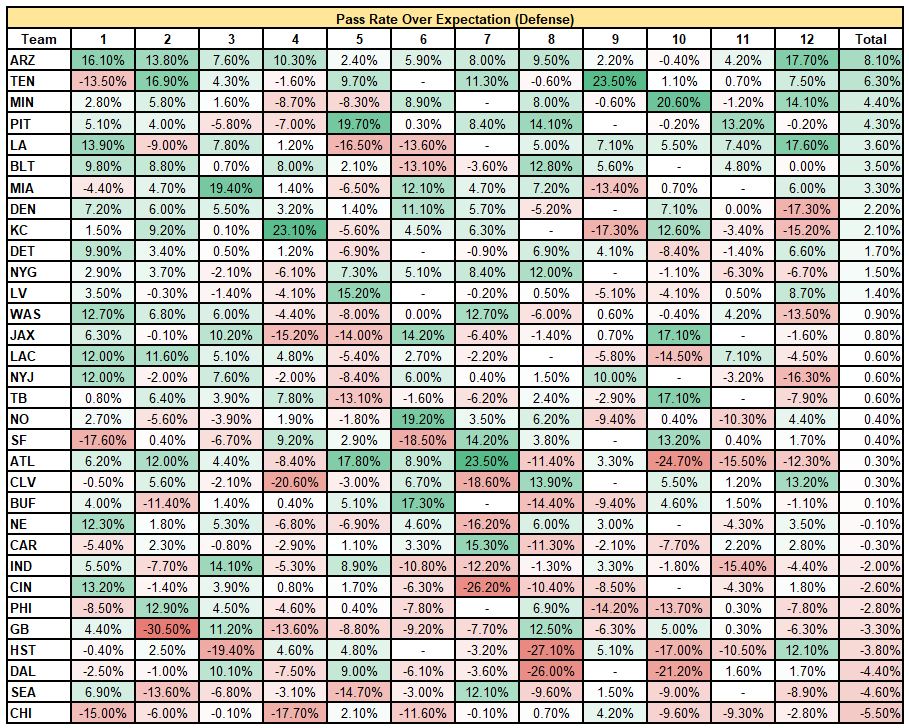 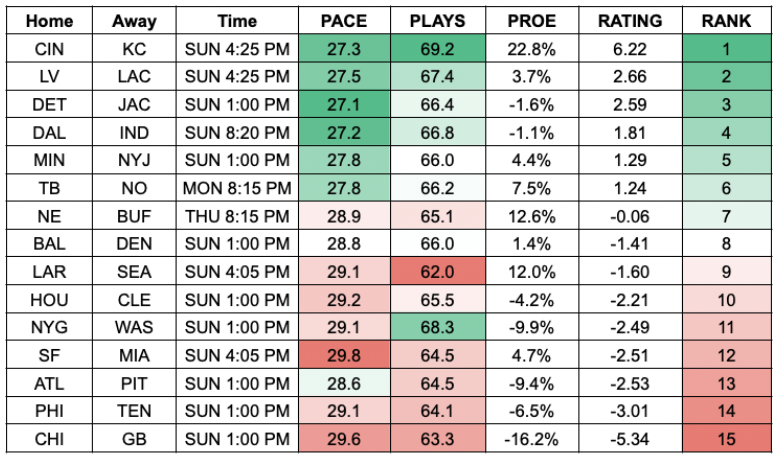 In Kenny Pickett's eight starts, the Steelers have faced 6 defenses inside of the top-12 of FootballOutsiders' DVOA metrics

By Opponent Pass EPA allowed, the Steelers have faced the second-toughest schedule since Week 5

Top QB Seasons by Completion% Over Expectation [Since 2014]

These players have significantly less TD upside than they get credit for:

DAL is the only other team where a WR does not play more than 50% of the GL snaps. Noah Brown plays 41%

Relative to the usage numbers Mark Andrews has put up over the full season, Vikings Hockenson has been 12% better, 13% better, and 17% better.

Among slate-eligible TEs over the full season, those numbers rank 5th, 3rd, 2nd, 4th, and 8th.

Njoku is the TE9 on DK

D’Andre Swift earned his best workload since Week 1 on Thanksgiving, ending the game with 13 opportunities and 18.6 XFP (season-high).

Is he back? I’m not sure, but it's great news he's off the injury report for the first time since Week 1: https://t.co/QSRsq8jemy

And AJ Brown has earned a strong 27% target share since Goedert's injury.

Smith benefits from the lowest aDOT among PHI WRs (9.1) and looks to have replaced Goedert in terms of short-area targets within this offense.