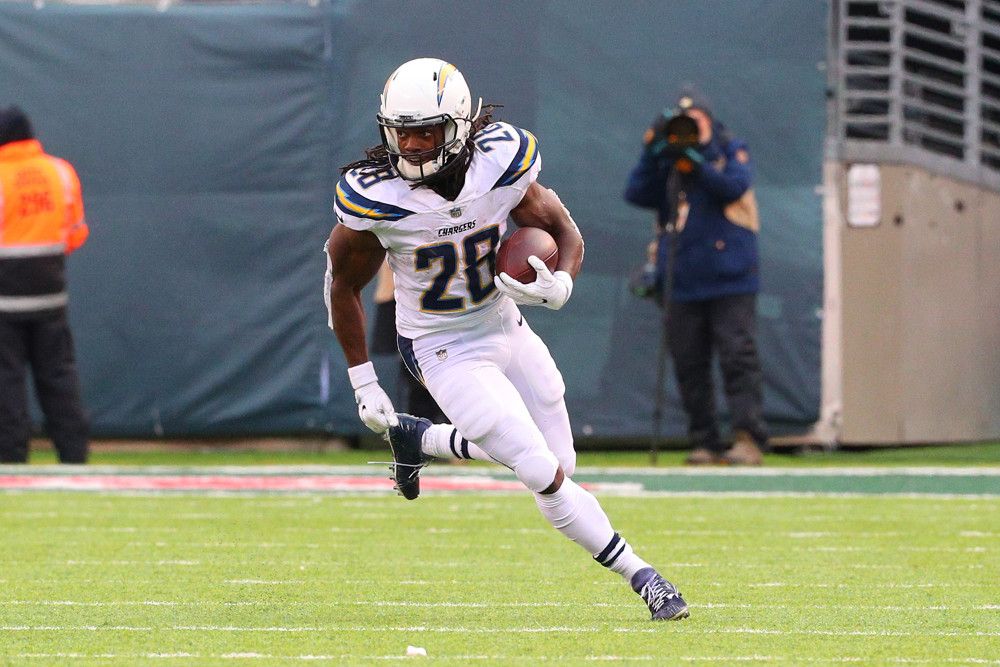 Last summer, the Chargers offered Melvin Gordon a contract worth $10 million per season. Gordon declined, held out through the team’s first four games, and then averaged a paltry 3.8 yards per carry upon his return – his fourth of five seasons averaging fewer than 4.0 yards per carry. Gordon clearly overestimated his market, as he was forced to settle for a two-year deal with the Broncos worth $16 million.

At first glance, the landing spot seems unsexy. Denver hasn’t had a winning season since 2016, and Los Angeles’ decline in positive game flow (falling from 12 wins to five) clearly hurt Gordon last season. He also joins a crowded running back room that includes Phillip Lindsay (2,048 rushing yards over the past two seasons) and Royce Freeman (their third-round pick in 2018). Head coach Vic Fangio preferred a committee approach last year, as Lindsay only out-snapped Freeman by eight (513 to 505) even though he out-gained Freeman by 455 total yards.

Again, the landing spot seems unsexy at first glance, but maybe only at first glance. The majority of drafters will guess that Gordon assumes Lindsay’s old role in the offense (RB1A) bumping Lindsay down to the Freeman role (RB1B) and then Freeman to the bench. However, according to James Palmer of NFL Network, Gordon was signed to be the team’s “bell cow” running back. Given the money spent to acquire Gordon (sixth-most per year among running backs) in conjunction with the hiring of new offensive coordinator Pat Shurmur, that makes a lot of sense. Shurmur not only has a long history of favoring a singular bell cow running back over a committee, but he actually might have one of the best fantasy running back résumés of any coach in football.

In 11 career seasons as an NFL head coach or offensive coordinator, Shurmur’s RB1 has averaged 17.9 carries, 4.4 targets, and 101.0 yards from scrimmage per game. To clarify, that’s high-end RB1 volume. On a 16-game pace, those numbers come out to 287 carries, 71 targets, 1,615 yards, and – most importantly – 282.9 weighted opportunity points, which would have ranked fourth-most in 2019. (And keep in mind, this is just Shurmur’s average, which includes seasons from names like Trent Richardson and Peyton Hillis.) Gordon surely fits this prototype, having already proven he can handle a bell cow workload, averaging 16.5 carries, 4.9 targets, and 99.6 yards from scrimmage per game since 2016.

While I think this does mean Gordon is likely to be a slight value all throughout the offseason, he’s surely not without his warts. This sort of volume projection is especially important for a player like Gordon who has been overly reliant on good volume throughout his career. With the exception of 2018, Gordon has thoroughly underwhelmed in efficiency, averaging 1.2 fantasy points per game below his weighted opportunity expectation. Lindsay – the only undrafted running back to reach 1,000 rushing yards in each of his first two NFL seasons – is also much better than your average backup. In fact, perhaps he’s good enough to still warrant eight to 10 touches most weeks or to be handed bell cow duties if Gordon struggles.

After Lindsay, the only other player affected by this signing was Austin Ekeler, and the effect was massive. Without Gordon in the picture, Ekeler should jump to the early second-round in ADP, as an easy top-10 fantasy running back. As a worst-case scenario, Los Angeles signs or drafts some competition for Ekeler and he won’t be given a full bell cow workload. However, that’s exactly what happened last year when Gordon returned from his holdout (Weeks 5-17). Ekeler played on just 53% of the team’s snaps and Ekeler still ranked fifth in fantasy points per game from that point on. Prior to that, however, Ekeler played on 70% of the team’s snaps, averaging an astounding 26.8 fantasy points per game, which ranked second to only Christian McCaffrey. A split along those lines, or even better, is surely the best-case scenario, but also the most-likely scenario following his four-year-extension with the Chargers, signed this off-season.

For the uninitiated, Ekeler is also very good at playing football. Ekeler ranked as one of PFF’s top-six highest-graded running backs in each of the past two seasons (of 60-plus qualifiers). Again, per PFF and of 60-plus qualifiers, he ranked second (0.57), fourth (0.49), and first (0.52) in fantasy points per snap in each of the past three seasons. His 2017 season ranks second-best this past decade, as does (among all running backs) his 2.74 yards per route run average in 2019. Over this span he’s easily been fantasy football’s most-efficient running back, coming out just ahead of Aaron Jones and Derrick Henry. Now that he’s a lock to get more work, and after already proving he has CMC-type upside with a bell cow workload, a Round 1 ADP feels justifiable, though, ultimately, you probably won’t have to pay that cost.