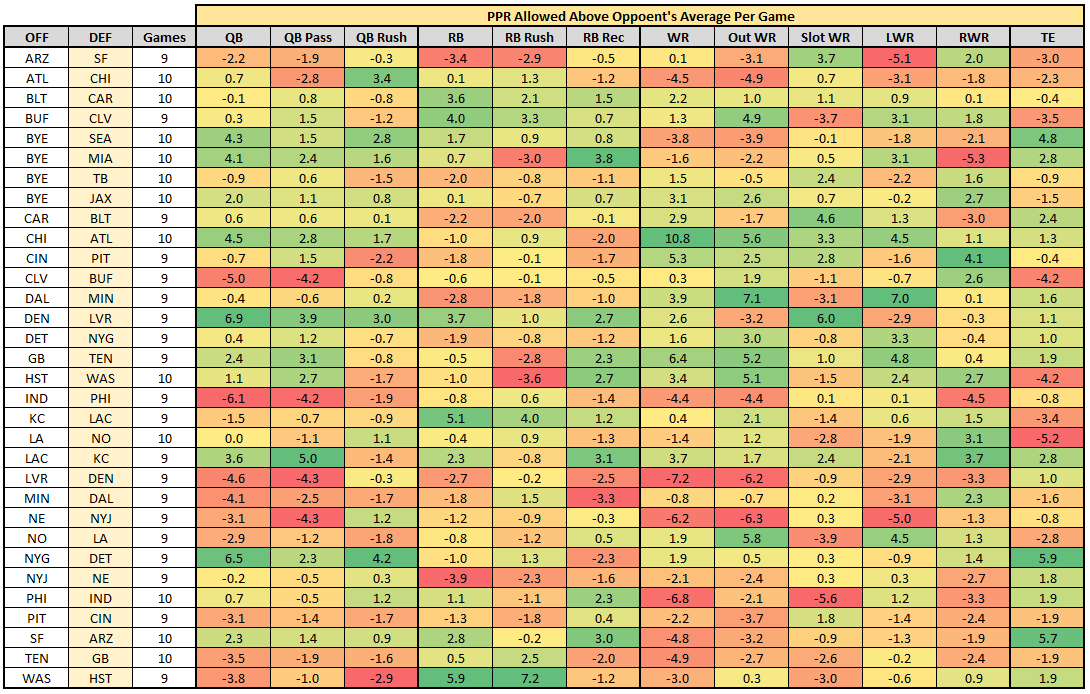 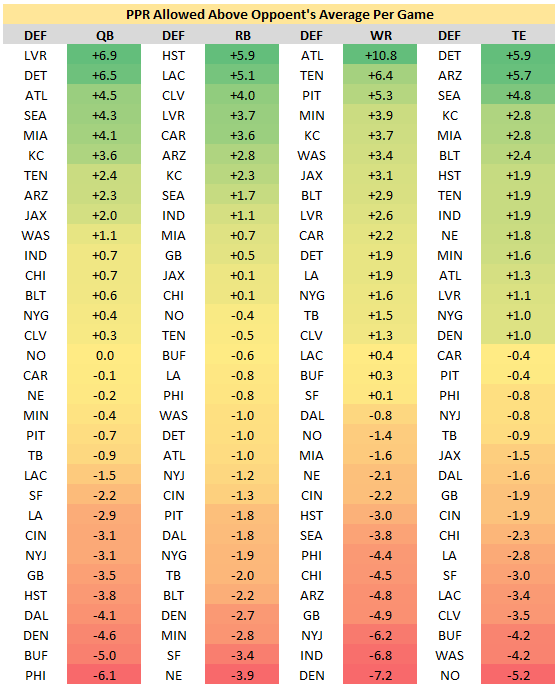 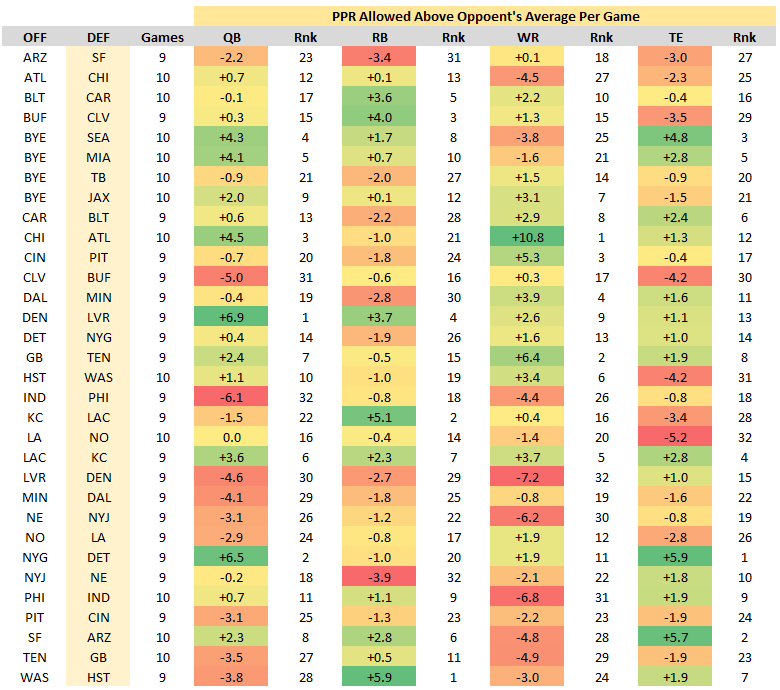 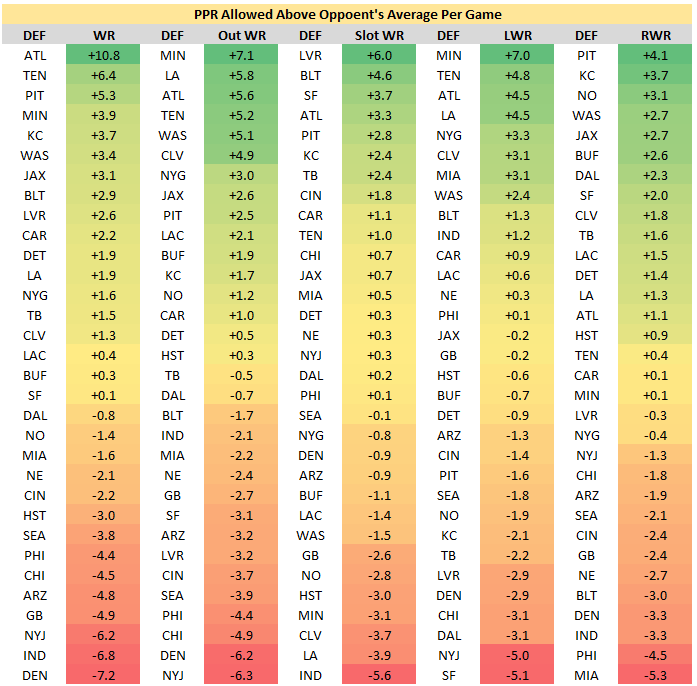 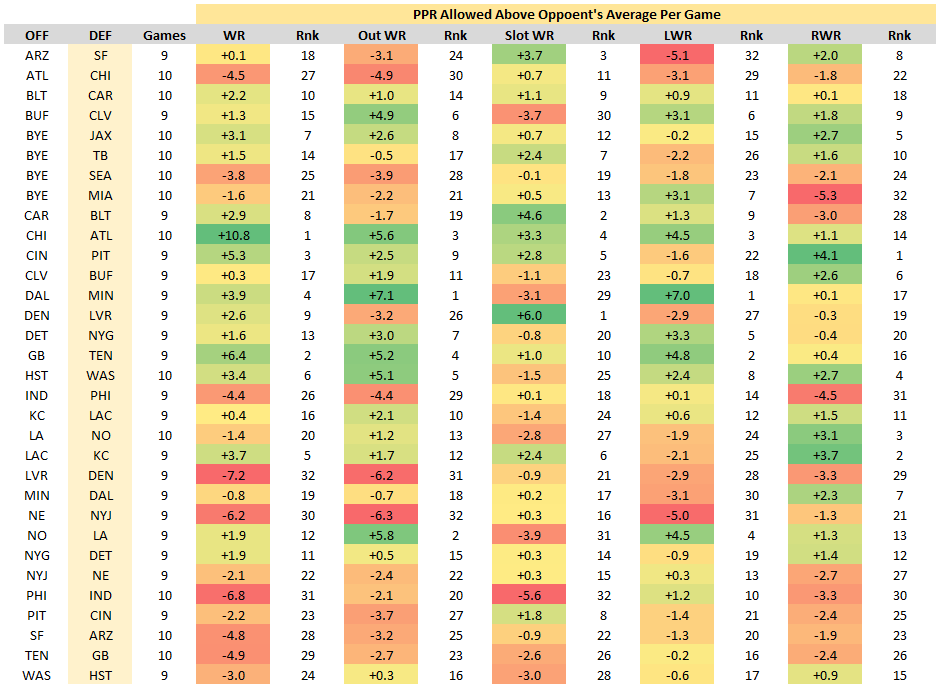 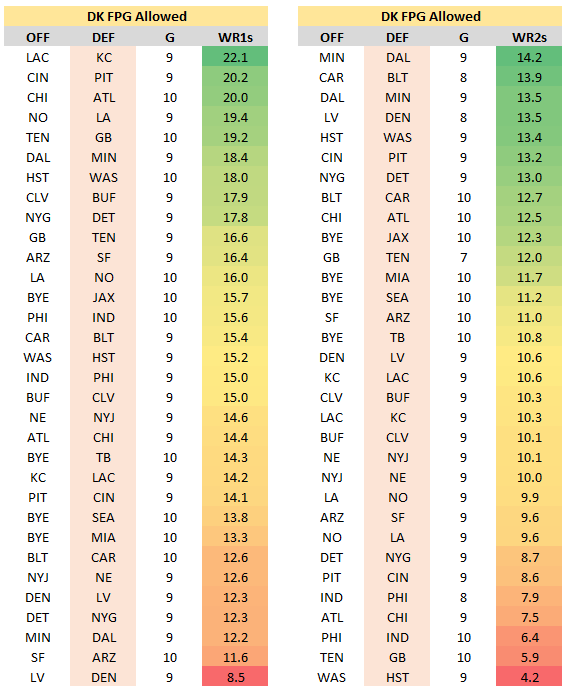 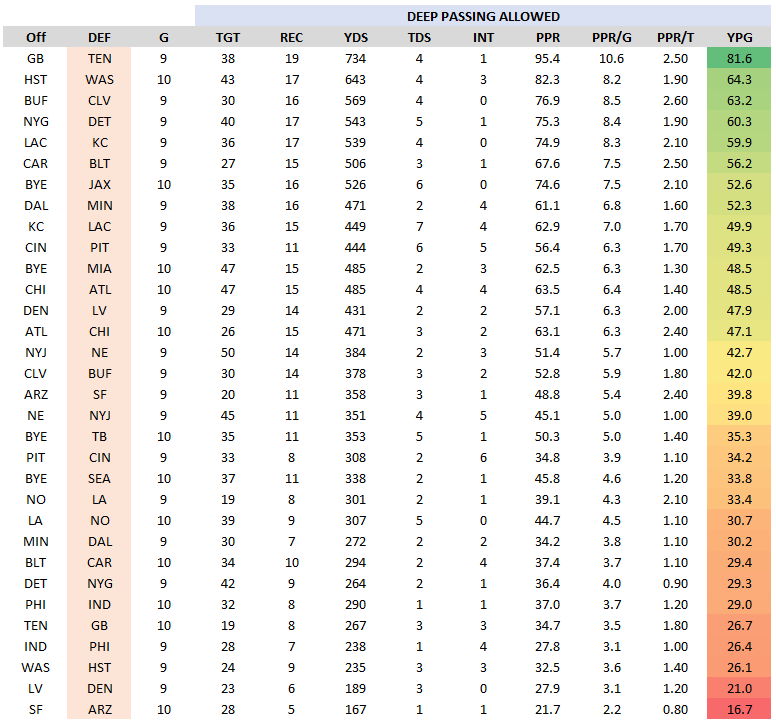 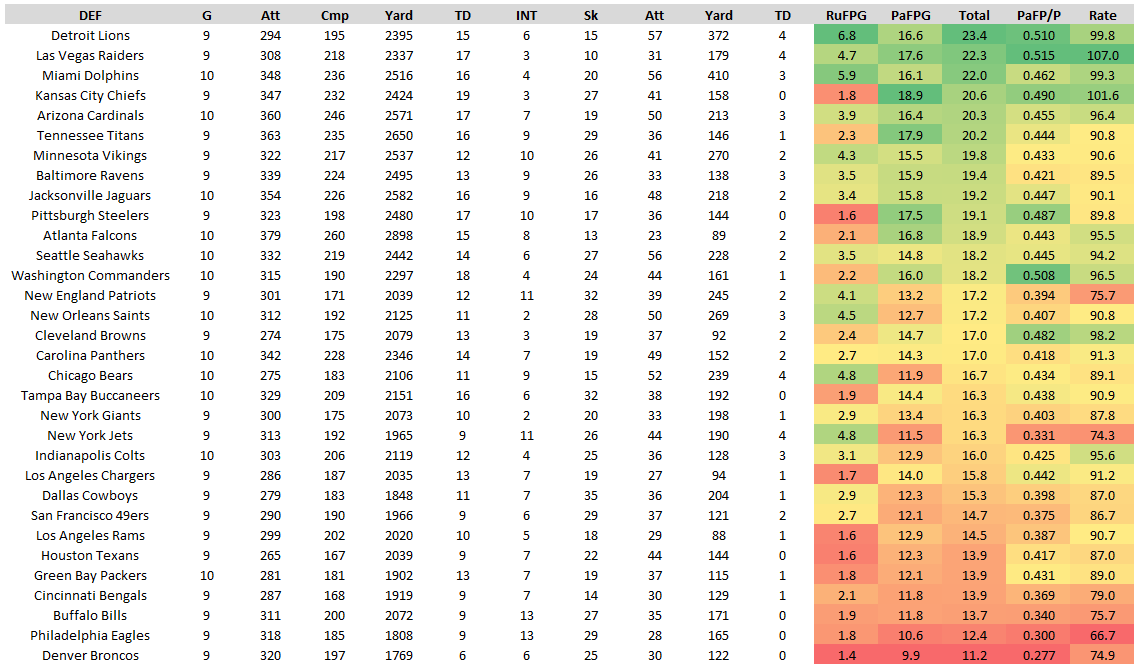 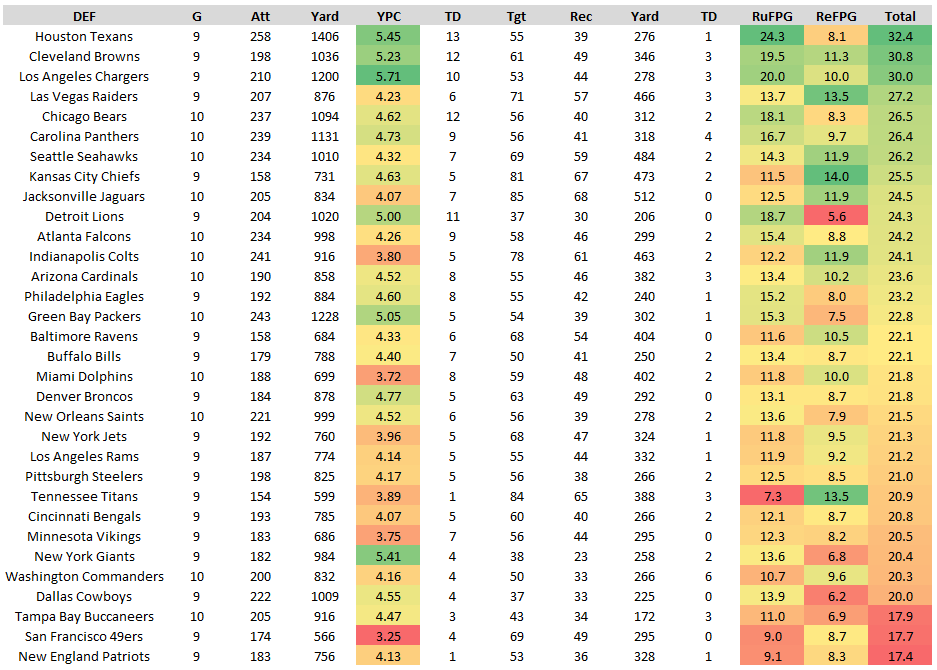 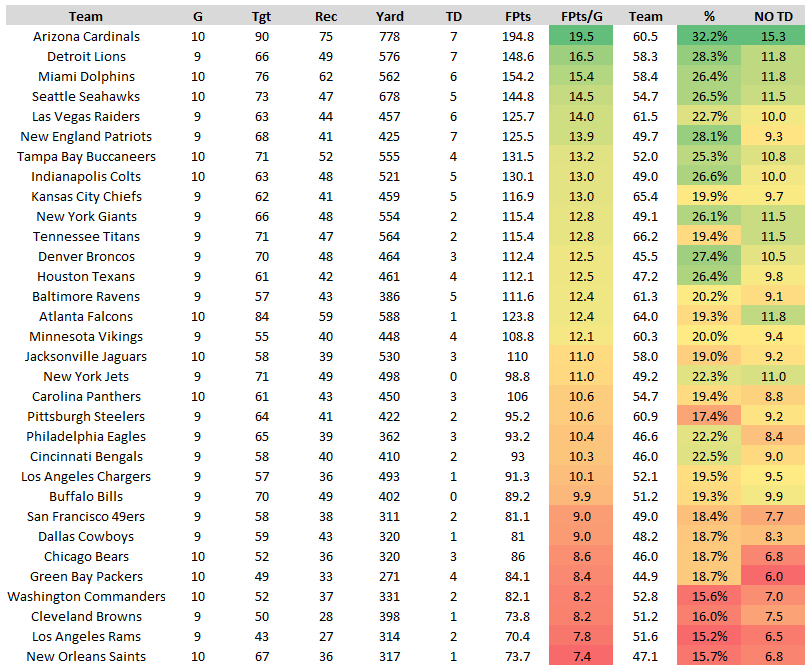 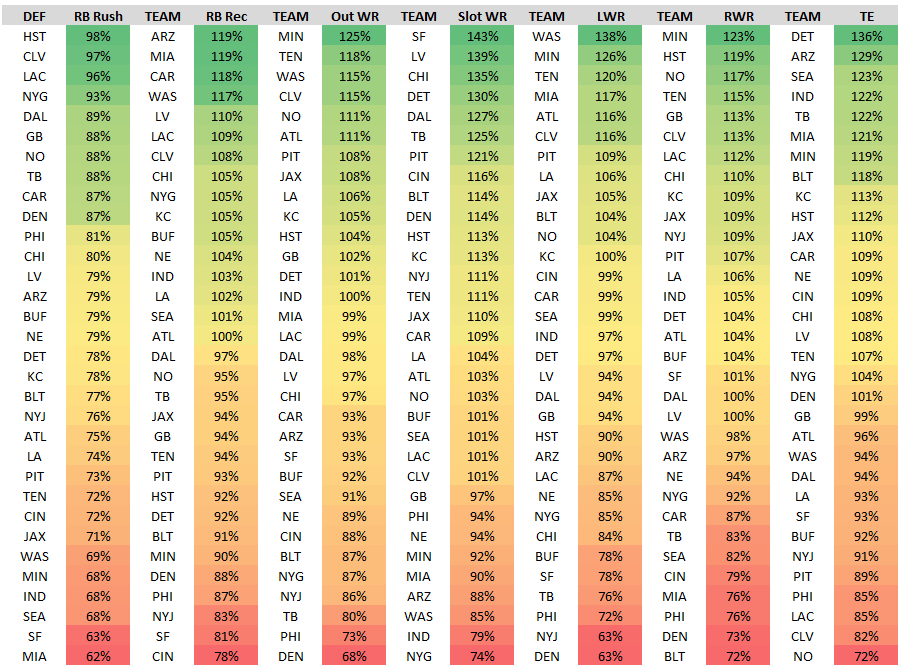 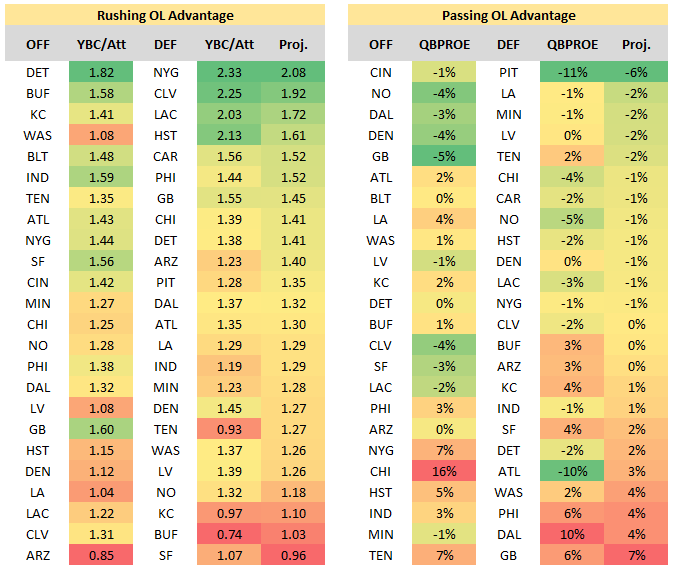 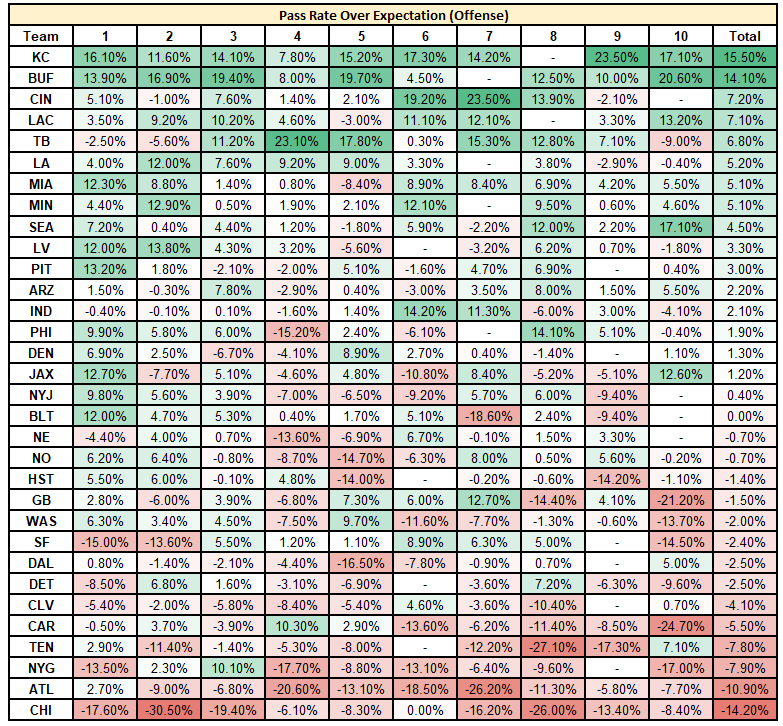 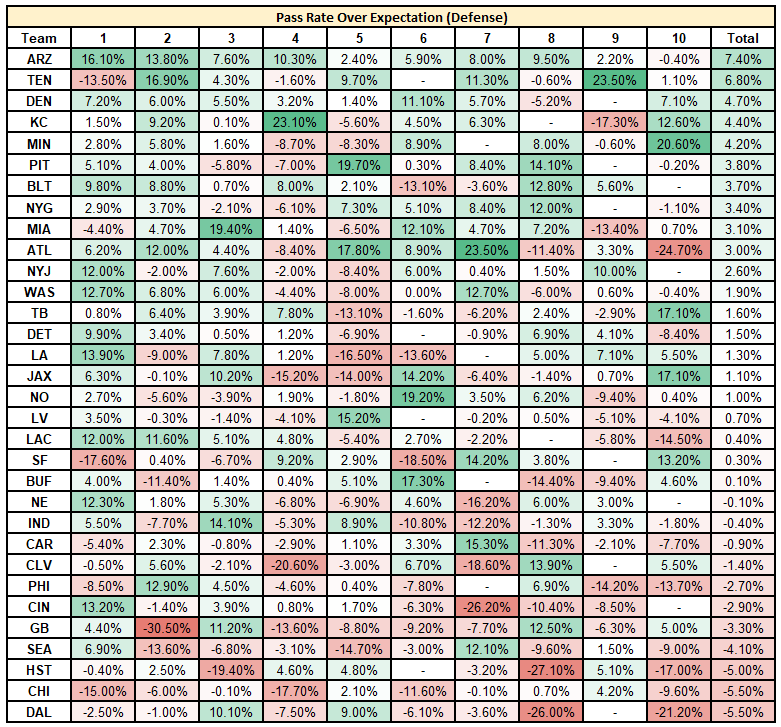 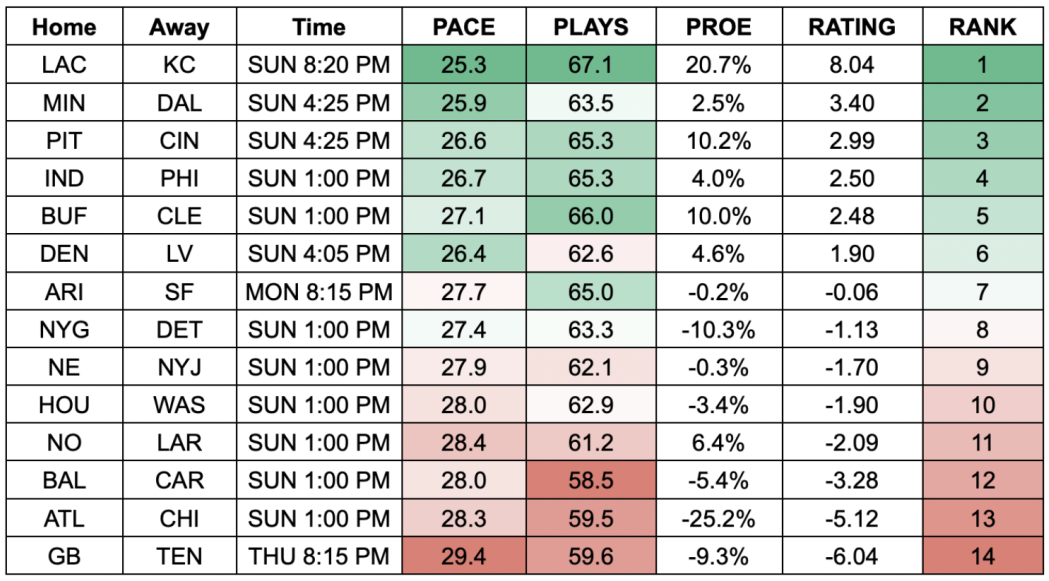 Week 10 numbers ranked among other GB WRs weekly numbers from the season:

Brandon Aiyuk has quietly taken over as the WR1 for SF. Since Week 5:

Stevenson joins Austin Ekeler as the only RBs to earn at least 18.0 XFP in each of their last four games - and he played two of those games with Damien Harris

Terry McLaurin has earned at least a 25% target share (33% average) in each of Taylor Heinicke’s four starts.

McLaurin posted no greater than a 21% target share (16% average) in any game Carson Wentz started.

TJ Hockenson since being traded to Minnesota:

Justin Fields' last two performances (178 and 147 rushing yards) are the best and 7th-best QB rushing games of all time during the regular season.

There have only been nine instances of a QB rushing for more than 140 yards, and Fields has done that in back to back games. Insane