Below is a quick rundown of players who suffered major injuries in 2020 and are on the mend. For many of them, it’s extremely early in the rehab process and complications can still occur, so this is simply a snapshot in time.

Burrow tore his ACL, MCL, Meniscus and PCL and had surgery to repair his knee on December 2. The big picture takeaway is that in a study looking at every NFL player with this type of injury, the return to play rate was 55%. That’s to say that 45% of players who suffered this injury between 2000 and 2016 didn’t ever return to the NFL. That same study found the return to sport time was about 459 days. The context to keep in mind with that data, though, is that since even 2010, ACL repairs and rehab science have grown by leaps and bounds. Additionally, players who didn’t return are more than likely fringe players with much larger physical demands and less draft capital compared to Burrow. A more realistic timeframe for Burrow is between 9-12 months.

The LSU product has a long, long road ahead of him but as most people point out, this isn’t a career-ender like it once was. As of today, we aren’t in any position to project Burrow’s Week 1 status yet, but it would seem rushed if he was back by the opener. As of today, he is 8 weeks post-op and is only beginning to progress strengthening the bend in his knee which is still restricted to about 70 degrees (squatting down less than halfway from the standing position). Additionally, for the next four weeks he’ll practice climbing stairs, begin balance training, and hopefully have full range of motion by the end of February. It’s important to keep in mind that this is a massive injury and extensive repair that still leads to about 33% of players never seeing the field again because of long-term complications. That’s not the expectation here, but it is absolutely within the cards. Fingers crossed Burrow’s recovery is on the positive side.

Below is an approximate snapshot of where Burrow currently is in his rehab, and what the next two months will look like for him. 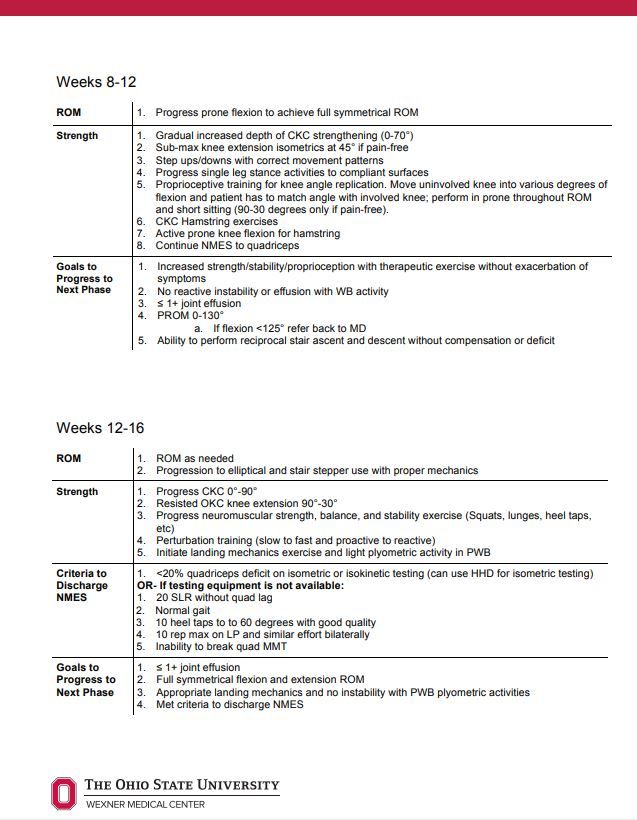 Prescott is the king of bad luck, having sustained a distal fibula fracture and dislocation. Only 37 of these injuries were recorded between 2000 and 2014, and zero of them were to a QB. The good news is that most of these players returned between 5-7 months and barring unforeseen circumstances, Dak should be back for Week 1. Those unforeseen circumstances, as with Burrow, are the complexity of the injury. If Dak’s injury is more complicted than the data I’m citing, that could extend his timeline but for now, there’s no reason to believe he’ll miss time. The interesting part will be to see how his mobility is impacted. Not because of his ability; it’s the psychology I’m concerned about. It’s not uncommon for players to be skittish in the pocket after a major injury like this and how Prescott responds will impact his rushing and subsequently his ceiling. This injury has a potential to cause Dak to start out slow and improve as his confidence grows.

At this point in rehab, Barkley has just entered the “late stages” of recovery but has a long way to go. He still has to normalize his gait pattern with straight line running, build his quad strength, and eventually will begin cutting. This injury will take at least 8 months to recover from and at worst, will take up to 11-12 months. As all of the literature will show, the best predictor of success following injury is draft capital which is innately associated with athleticism. Well, Barkley represents the epitome of a player with high draft capital and freak athleticism with a high potential to return to his prior level of function. As of today, Barkley should be back by Week 1. Given his situation, it’ll be hard to pass on him despite a potential for his ceiling to be capped in his first year back. The last thing that’s important to keep in mind is that most surgeons utilize a patellar-tendon graft, which is less likely to cause hamstring strains, but if his quad-to-hamstring strength ratio is altered in any way, he’s at risk for strains. This is the case for any player who had an ACL repair with a hamstring graft which we can’t be entirely certain of.

Although Mack should be ready to play by Week1, the Achillesinjury is one to be concerned about for a RB. He’s only 24 years old, the peak age for fantasy production at the position, so the hope is he’ll have enough juice to be a role player somewhere. However in reality, his best days are unfortunately (probably) behind him as a guy with low draft capital and less special ability than someone like Barkley.

Thomas apparently played through a gruesome ligament tear and (likely) fracture. This is a rare injury, but the data suggests it isn’t as debilitating as it sounds. He’ll be back to cutting and sprinting by 6 months and without (likely) any setbacks. I’m acquiring Thomas in as many dynasty leagues as I can.

The average return to play after an isolated ACL injury is 11 months. OBJ is probably the player I’m the most conflicted about as a 29 year old coming off of an ACL injury. The offensive situation is more troublesome than whether he’ll return to form or not but the injury doesn’t help. The average age of a top 12 WR from 2016 to 2019 was 28. Obviously this isn’t the end-all and be-all but he’s no spring chicken anymore. At best, it’s probably safest to view OBJ as a moderately volatile WR2.

Another pair of isolated ACLs in these two players shouldn’t hold them back from returning in the first month of the season. The younger these injuries happen, the better off players are in terms of recovery. As with any major knee surgery, the risk for hamstring injuries in the first year back caps their ceiling. There is a 13% recurrence rate in ACL tears.

An injury discount for the second year in a row, Campbell suffered a PCL injury. This injury has less literature to its name because it’s much more rare than an ACL injury. Overall, the return to play is between 6-12 months. The safe best is this will take at least 9-10 months. When he returns, he’ll be under the radar yet again as an injury discount.

To summarize, OBJ is the player I have the most overall concern about, Burrow and Dak’s apprehension to run could factor into their ceiling, while Saquon and Michael Thomas should see no setbacks.