Adriel Jeremiah Green, also known as A.J. Green has quite a history of injuries, resulting most recently in a missed 2019 season following an ankle reconstruction. Based on reports, it sounds like Green tore one or both ligaments on the outside of the ankle that prevent “low” ankle sprains from occurring (for an example of a “low” ankle sprain, click here but beware if you have a weak stomach). For example, Green’s recovery was incredibly slow indicating that his surgeon likely pulled out all the stops by “cleaning up” bone damage and stealing a tendon from a muscle in the leg to reinforce the damaged ligaments. This theory is also supported by the fact that Green was using a scooter to get around and had his foot cast, which is a sign that the surgeon didn’t want him placing any weight through the ankle whatsoever to facilitate healing. The blue boxes below highlight the bones where the reconstructed ligaments originate on the foot. These ligaments, in the red boxes, anchor onto the outside lower-leg bone called the fibula. When a player “rolls” an ankle, these structures are overstretched. 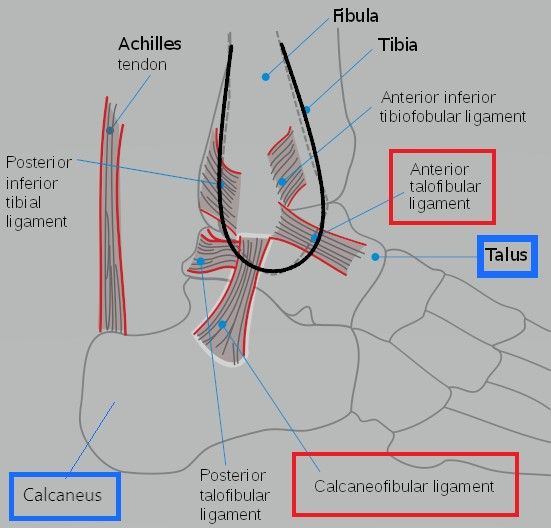 This massive surgery is in addition to the plethora of connective tissue injuries Green has encountered since 2009 listed below.

The questions about Green's health are multi-faceted. First, although there is evidence showing that the ankle reconstruction is successful in preventing further ankle sprains in elite athletes, there is no data that tracks performance following this procedure. That means surgery can improve performance, as is the case with pitchers who have “Tommy John” surgery; or, it can wreck a player’s effectiveness for the rest of his career like Achilles surgery.

Secondly, this recent injury and subsequent surgery involve connective tissue (ligaments) in the same way an A.C. sprain (cartilage) and turf toe (cartilage and ligament) do.

Maybe the most important factor when attempting to project Green’s physical performance in 2020 is his age. He turns 32 in July. The only active NFL receivers who are older than Green are Emmanuel Sanders, DeSean Jackson, Julian Edelman, Danny Amendola, Ted Ginn, and Larry Fitzgerald. No doubt these receivers are talented in their own right, but there’s a glaring lack of athleticism in that group mainly due to age. What’s worse, as I mentioned in my hamstring injury article, age and previous history of a hamstring injury are risk factors for another. Green had a severe hamstring strain in 2018 that caused him to miss seven games.

Despite the fact that there are many question marks surrounding Green (the major surgery, his history of connective tissue injuries, and his overall age and health), there’s still a chance that this once-elite NFL wide receiver has enough left in the tank to make an impact on the field. After all, there’s an overwhelming amount of evidence that shows the highest performing NFL players respond the best to major surgical procedures and injuries. This is probably due to the high levels of athletic “reserve” these athletes have over their peers. So in the end, A.J. Green can still be an asset in fantasy football, especially with his brand-spanking-new quarterback in town. The question that remains is how much of an asset? For the answer, make sure you scour the newly released season projections.