The knee is the most frequently documented injury in the NFL. A major source of all knee injuries, 41-percent of them, are from damage to the Medial Collateral Ligament or MCL. From 2009-2015 a total of 2,285 NFL Combine participants’ medical records were evaluated and the authors found that 13% of players had at least one documented case of an MCL sprain. Of that 13%, only 14 players total required surgery to repair the damage. This ligament is a thick broad band of connective tissue that attaches to the inside portion of the leg at the lower thigh bone (femur) and the upper portion of a lower-leg bone (tibia). The picture below shows where the MCL is located and the type of impact that damages it. 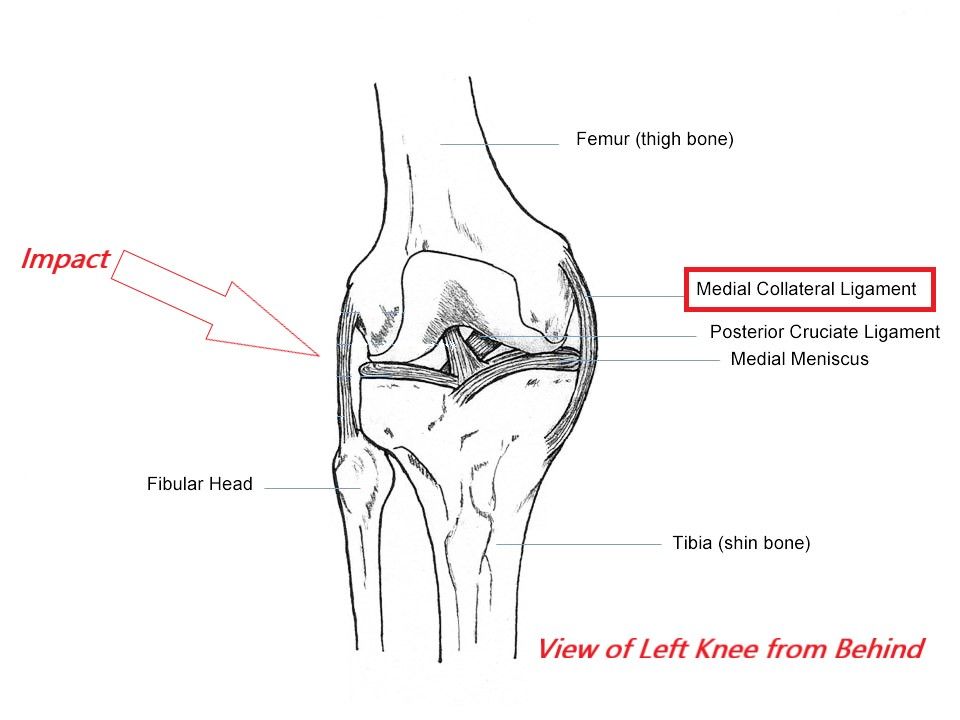 The primary function of the MCL is to resist valgus forces (also known as the knee caving in). So logically, this ligament is over-stressed when the knee is forced into valgus and this study on soccer players confirms that 70-percent of all MCL injuries are from forceful valgus that is contact in nature. This valgus position also stresses the infamous Anterior Cruciate Ligament (ACL) and if forceful rotation of the lower leg is added to the equation, the results are catastrophic.

Fortunately, isolated grade II MCL injuries result in just 23 days of missed time on average in professional soccer players. This is comparable to two to three missed games in collegiate football players. Unfortunately, this is the best data available for MCL sprains, but it’s extremely comparable to NFL players. For example, Evan Engram missed three games in 2018 due to an MCL sprain and in 2019 {Austin Hooper missed three games for the same reason. Less than 5% of MCL injuries result in surgery. Below is a snapshot of the positions most commonly affected by MCL sprains. Tight ends and defensive linemen are the most commonly injured position accounting for 17% and 18% of all MCL injuries among Combine participants: 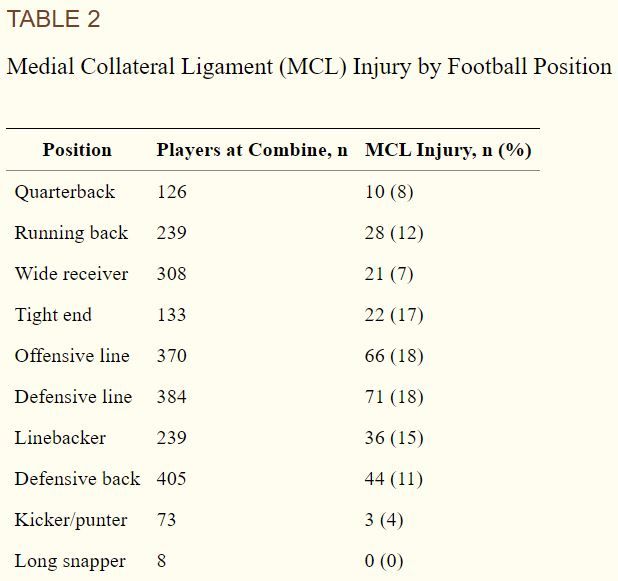 In summary, MCL sprains account for 41% of all NFL knee injuries and occur due to contact forces that cause the knee to forcefully cave in. The injury is rarely season-ending, although they do often occur in conjunction with an ACL tear. If the injury is isolated to the MCL, the expected missed time for NFL players is between two and three games. Lastly, tight ends and defensive linemen are the most commonly affected by MCL sprains.