Another week in the books. This season is flying by. We've already reached the halfway point of the regular season in fantasy. Luckily there were no injuries to big players this past week to really hurt any card portfolios.

A question I get asked more than anything is "When do I sell?" I understand a worry can be leaving money on the table, but ultimately you want to sell the sizzle, not the steak. Worry less about getting top dollar and just focus on making a profit. If you bought a card for $5 and it's now selling for $20, sell it and put that money into the next card. You want to sell at peaks, and buy at valleys. Don't chase the hot player of the week. Buy the guy you know has talent, but may have had a down week or got injured or it's just somehow still overlooked in the hobby. I understand if you're new you may be wondering "How can I possibly know what's undervalued?" If it's something you are interested in, you'll slowly learn. Plus that's why I'm here. But don't just buy everything I suggest. If you don't like the player, don't buy the card.

A lot of time card prices are driven as much by hype as actual performance. Some of this weeks "Who's hot" sales graphs will show what I mean. Now let's take a look at what they are.

Reminder: We love StarStock.com vault of over 250,000 cards. If you want just one resource for options, purchasing, and organization, they’re the site to check out. Images and stock prices courtesy StarStock. 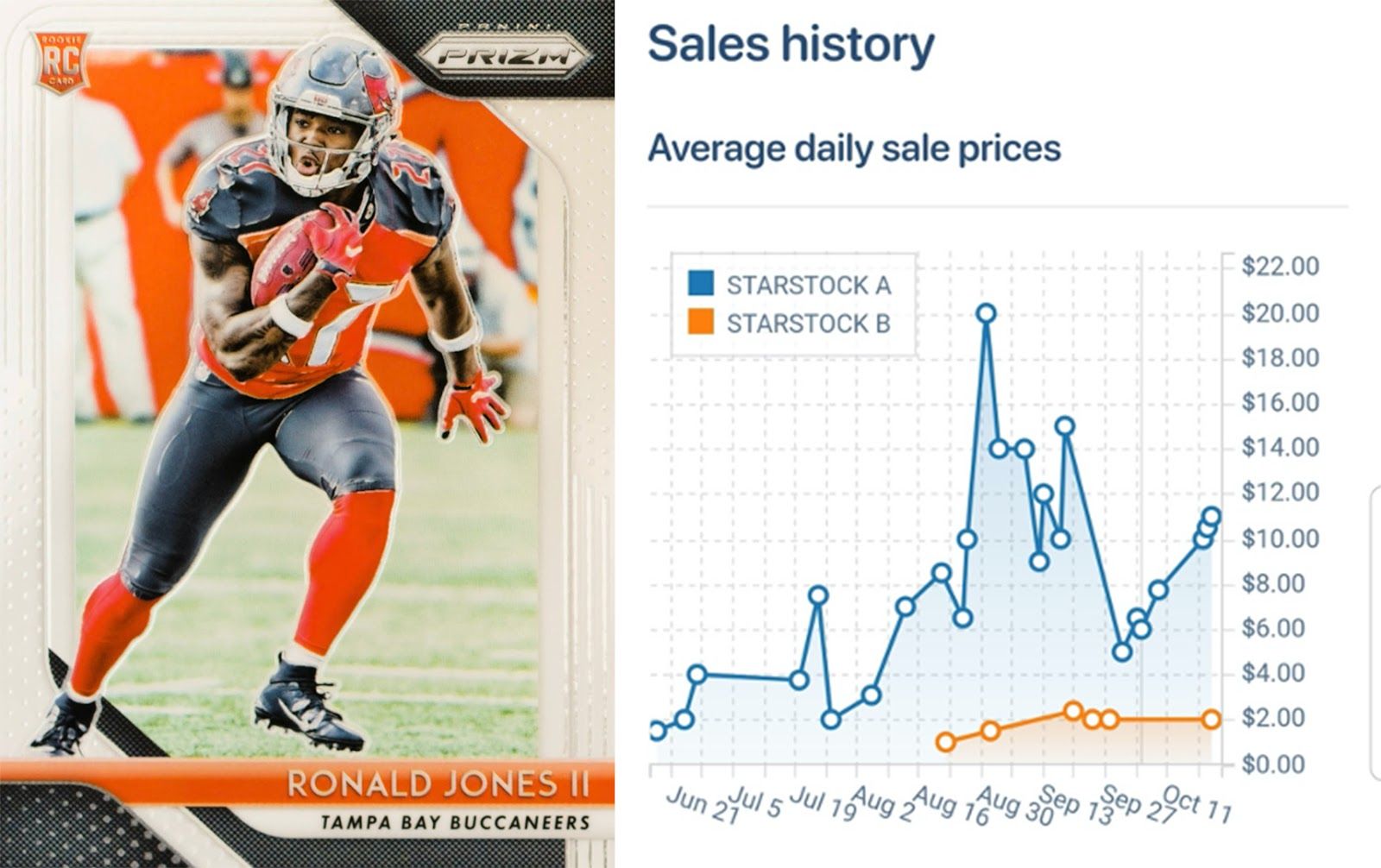 Over the last 2 years I don't know if there's ever been a hype train that's come and gone more than Ronald Jones. It doesn't help that Bruce Arians is the coach. Last year it was "Ronald Jones is gonna get more carries." Nope, Peyton Barber is the lead back. "Ronald Jones is going to get more work in the passing game." Nope, that's Dare Ogunbowale. "Ok, new year, now Ronald Jones is the starter." Nope they signed Leonard Fournette. Well now it might finally be Ronald Jones time. 3 straight games of 100+ yards is hard to ignore. But then again, Fournette was out with an injury, so we'll have to wait and see. 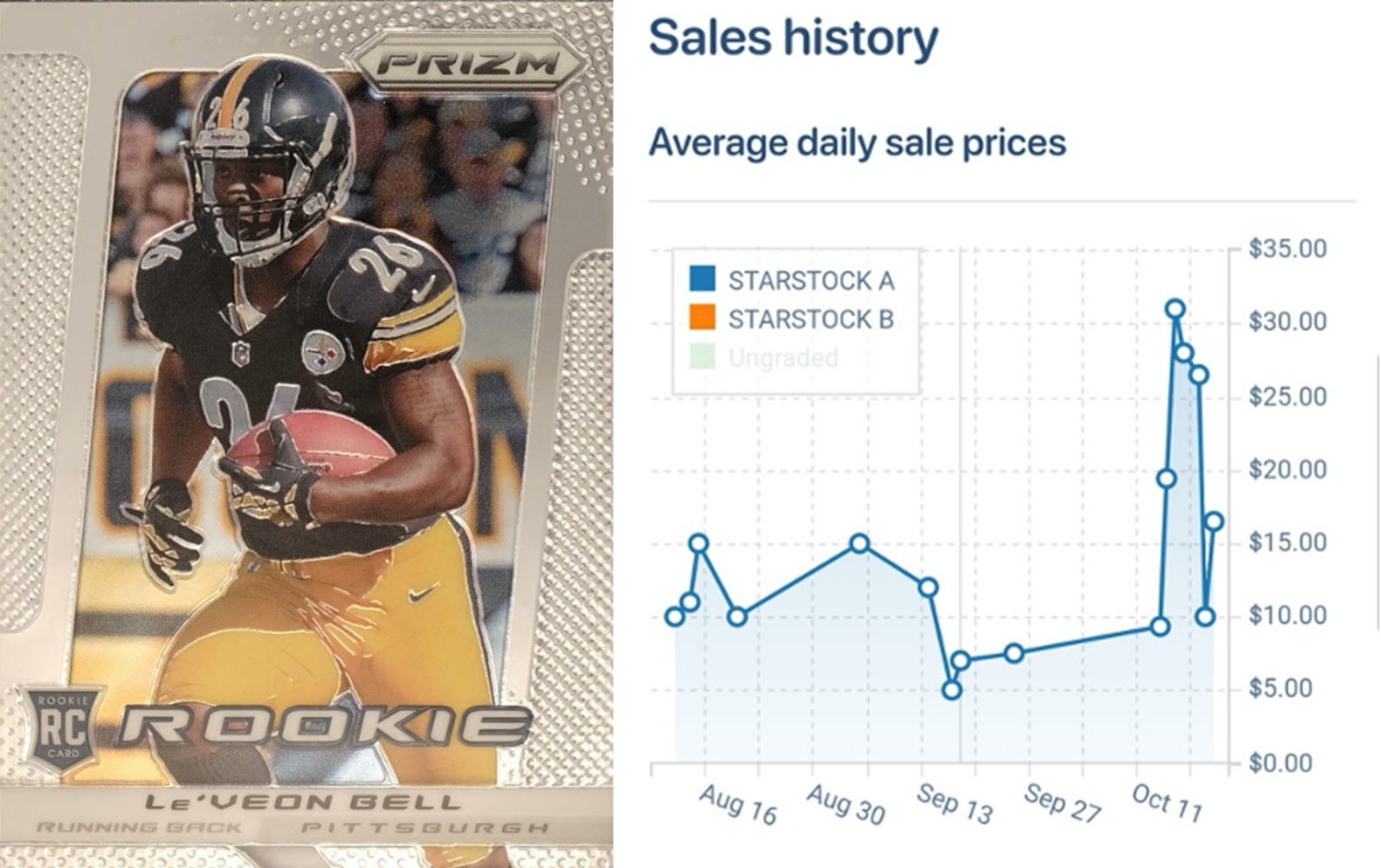 This is a prime example of selling the sizzle, not the steak. When Bell was traded to the Chiefs, his prices shot to $30. Without even touching the field as a Chief though, his cards have already started to drop, perhaps because of CEH’s Week 7 performance. But still a dramatic 300% increase in 24 hours. It will take a lot from him on the field to see his prices hit $30+ again. With CEH there, I'm not sure that's a possibility.

Speaking of Adam Gase making a player look bad, how good has Ryan Tannehill been since he became starting QB for the Titans? In the last 14 games, when you compare Tannehill to Patrick Mahomes, the stats are shockingly similar. Both are 11-3; Tannehill has 3,602 passing yards, Mahomes 3,674; Tannehill has thrown 31 TDs to Mahomes’ 28; both have thrown 6 interceptions; QBR for Tannehill is 116.7 and Mahomes has a QBR of 102.3. Pretty shocking, in my opinion. 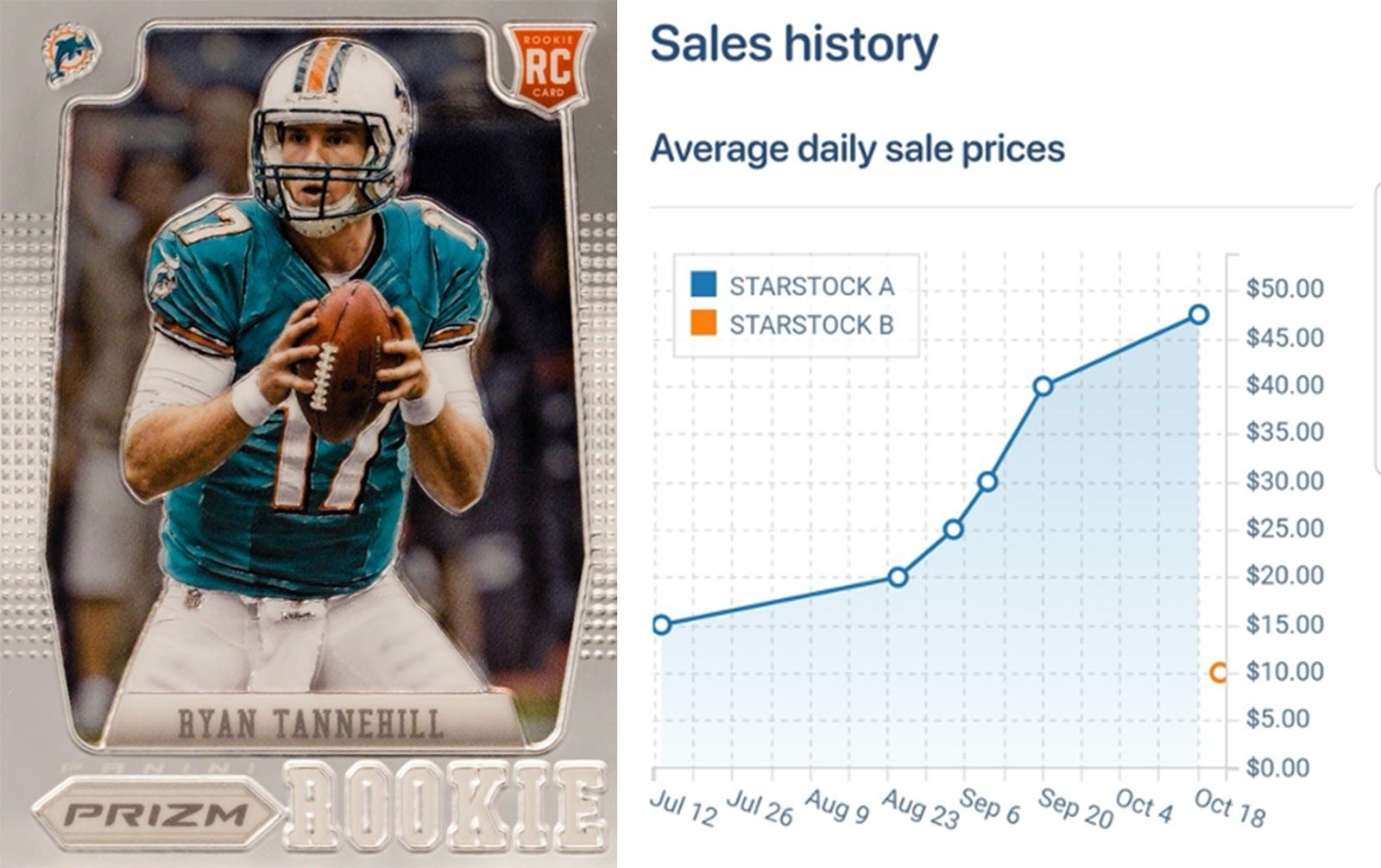 His Prizm RC prices have been on a steady incline all season so far. Since the beginning of July his prices are up 250%. If they can beat the undefeated Steelers, his prices will likely rise even higher

The Eagles offense is in absolute shambles. Wentz hasn't looked spectacular, however he has had virtually no weapons. A Panthers practice squad player (Travis Fulgham) is their number 1 receiver currently. Goedert is on the verge of becoming an elite TE with Ertz now heading to IR. Goedert still has a solid shot to play Week 8.

The Giants are another NFC East team that have had a lot of injuries. Shepard came off IR recently and posted 6/59/1 receiving in his first game back.

Fun fact: Gaskin is leading the NFL in catch rate at 92%. The jury remains out on Gaskin as the season progresses, but, wiith Tua named the starting QB for Week 8, Gaskin could see an uptick in targets being Tua's safety valve. Gaskin cards are extremely cheap. He almost qualified for the “balling on a budget” section. 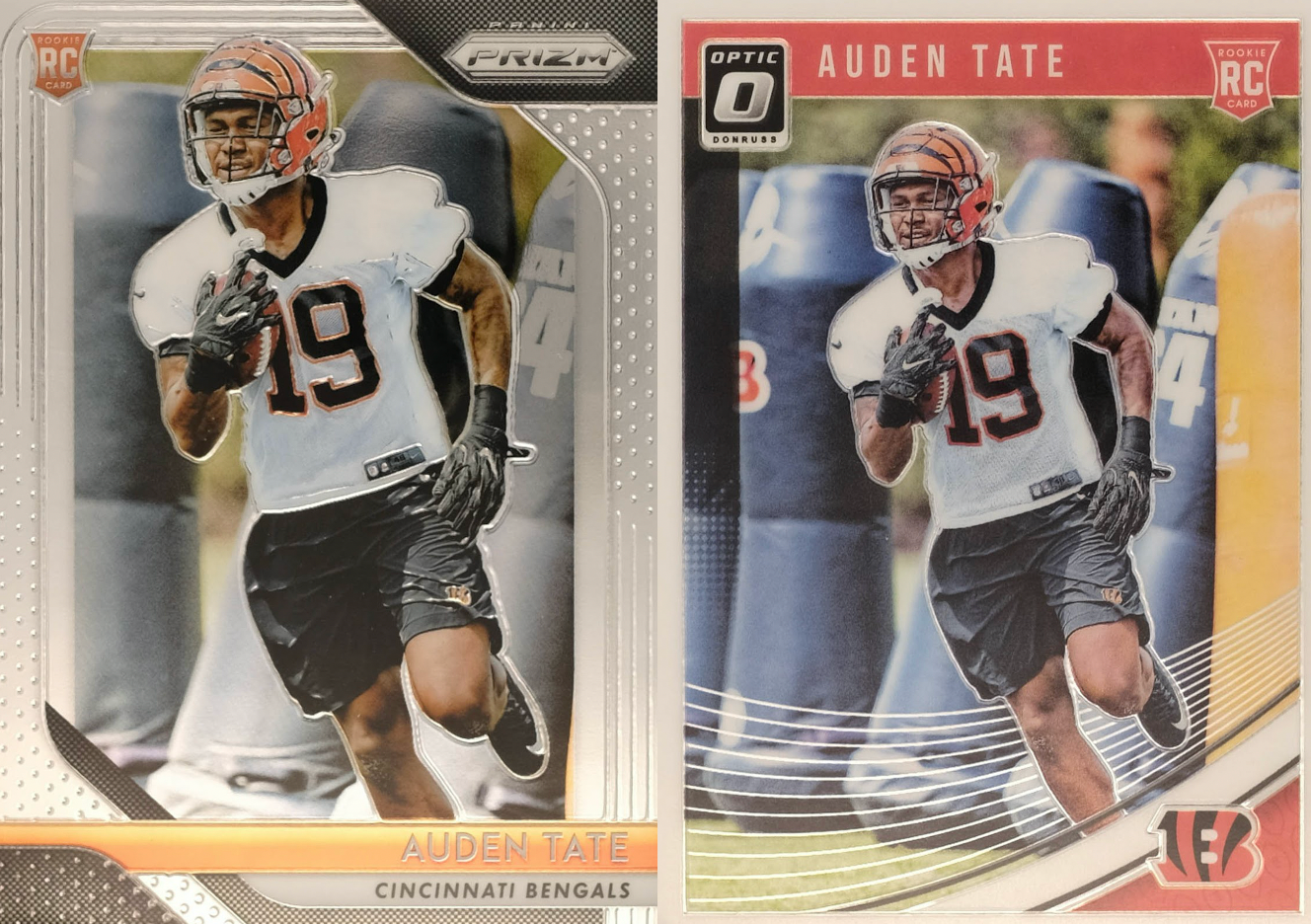 This one isn't going to be a quick flip by any means. It might take him going to another team to see a bigger role and an uptick in card prices. The Bengals are surprisingly deep at WR, and Tate is buried on the depth chart. But I think Auden Tate is a beast. Just a big body receiver who is going to go up and get it.

Panini really went all out with the photography on those 2 cards didn't they?

Week 13 Players to Trade/Trade for