Many of the top players in the world head to Scotland this week for the 50th edition of the Scottish Open. The tournament is one of five tournaments in the Rolex Series, which classifies as the premier events on the European Tour. The PGA Tour announced last year that the Scottish Open would be an official event on the Tour schedule in 2022. Genesis will take over sponsorship rights to the event this year, as abrdn was the previous event sponsor for a decade. The tournament takes place at the Renaissance Club, which is located between North Berwick and Murifield, two historic links-style courses.

The Renaissance Club is located next to Muirfield and was designed by Tom Doak in 2008. Doak has redesigned Memorial Park (Houston Open) and St. Georges Golf Course (Canadian Open), however both courses look much different than the Renaissance Club. The par 71 course features a very unique scorecard. Golfers will see five par 3s, nine par 4s, and four par 5s. Three of the par 3s measure over 200 yards, with the other two coming in at 147 and 161 yards. Five of the par 4s measure 440-500 yards long. One of the par 4s, the fifth hole, measures just 338 yards and will be drivable for many golfers. The par 5s all measure between 560-600 yards and will provide solid scoring opportunities for golfers. Over the last three years, the winning score at the Renaissance Club has been -18, -11, and -22. The cutline over the same timeframe has been -2, even, and -4 in respective years. The high range in scoring can be attributed to the coastal winds that blow from the North Sea, which is one of the main defenses of the course. Trees are almost nonexistent at the Renaissance Club, which will be a nice change from the tree-lined courses we’ve seen over the few months. Players who miss the short grass off-the-tee will be met with heavy rough grass with a potential uneven lie.

The par 4 second hole at the Renaissance Club played as the toughest last year, as golfers averaged .29 strokes above par and saw birdies at just a 7% rate. The 493 yard hole features a fairway that is over 150 yards away from the reconstructed tee box and is surrounded by heavy rough. The sheer distance of this hole is one of the main defenses, as well as the seven bunkers that border the green and fairway. Golfers walked away with bogey or worse 32% of the time last year on this difficult par 4.

The fifteenth hole ranked second in difficulty last year. Golfers scored bogey or worse 24% of the time and the lengthy hole played .2 strokes above par. The hole is another long par 4 that measures 488 yards and has an elevated tee box. There is a collection of bunkers on the right side of the fairway and long rough if you miss the short grass.

The eleventh hole was third in difficulty last year. As you could probably guess, the hole is another long par 4, this one measuring 475 yards. This hole has two different fairways that are divided by three bunkers and long rough. As with the other long par 4s, the difficulty of this hole increases as the tees are pushed back.

Watch the Early-Tee-Time Livestream Tuesday at 1 PM ET for a hole-by-hole breakdown and a more in-depth look at this week’s course.

There are a lot of long holes this week, with many of the difficult par 4s measuring 450-500 yards and all of the par 5s measuring over 560 yards. Due to that, I want to target golfers who are long off the tee. Here is a look at golfers who excel in SG: OTT with an emphasis on Driving Distance.

SG: Approach will be important once again this week. 2021 runner-up Thomas Detry ranked 1st in SG: Approach last year, gaining over 8 strokes in the stat.

If the weather starts to get windy, even the best iron players will miss the greens. Justin Thomas ranked 1st in SG: ARG last year on his way to a tie for 8th. Champion Min Woo Lee ranked 4th in the stat.

While the event is certainly not in the midwest, there is a strong chance we see another birdie fest this week. Min Woo Lee reached -18 last year, with the field average coming right around -9. Min Woo also had the most birdies on the week, 26.

Min Woo Lee was victorious last year at the Renaissance Club, beating out Matthew Fitzpatrick and Thomas Detry in a one hole playoff. Min Woo fired a bogey-free 64 in the final round, scoring six birdies in a row on the front nine. In the playoff hole, Min Woo knocked his approach shot to within 10 feet, and sunk his birdie putt. Fitpatrick and Detry both had attempts at birdies but didn’t have the same luck. This was Min Woo’s first Rolex series victory and his second win on the Euro Tour, as he won the ISPS Handa Vic Open in 2020.

Four of the last five tournaments have ended in a playoff, giving this event some fun drama in the final round. When Aaron Rai won in 2020 at -11, high winds caused over 75% of the field to shoot over par in the third round. It’s worth noting that the 2020 event was played in October due to the pandemic, so the course likely played a bit different than it does in the summer.

We’ll see a quality field tee it up in Scotland this week, as many of the top players in the world are gearing up for the Open Championship next week. 14 of the top 15 players in the OWGR are all in the field this week, headlined by Scottie Scheffler, Rory McIlroy, Jon Rahm, Collin Morikawa, and Justin Thomas. They will be joined by some of the top names on the DP Euro Tour, including Guido Migliozzi, Thomas Detry, Adrian Meronk, Ryan Fox, and Robert MacIntyre. Former winners Aaron Rai and Min Woo Lee are also in this field looking to add another Rolex Series win. Overall, there are 75 PGA Tour golfers in this field, 75 from the DP World Tour, 3 from the KPGA, and 3 sponsor exemptions. Since this is the first year that this event will be co-sanctioned with the PGA Tour, the field will be the strongest for a non-major event in DP World Tour History.

I analyzed the leaderboard for the last three Scottish Opens since they have all been played on this golf course. The following section will look only at the last three years of this event to get an idea of who has played well on this course.

The 2022 U.S. Open champion has been solid at the Renaissance Club. He almost tasted victory last year before losing in a playoff to Min Woo Lee. He also finished T14 in 2019, where he gained four strokes on approach. It seems like he knows these greens pretty well, as he gained over 9 strokes putting last year and ranked 1st in the field on the greens. Made Cuts: 3/3. Best Finishes: T2, T14, T42

Poulter has been incredibly consistent at the Renaissance Club. He has improved his result in all three years, finishing T14, T6, and then T4 last year. While he doesn't have many flashy results this season, he has been consistently finding the weekend. Poulter has made the cut in 10 of his last 12 starts. *Disclaimer: Poulter is reportedly in the field after winning a case in court reviewing his ban from the DP World Tour.*Made Cuts: 3/3. Best Finishes: T4, T6, T14

What is the current weather forecast and how will it impact the event?

From everything I’ve read about the Renaissance Club, the course was designed with the wind in mind. For the most part, the weather has been relatively calm the three years that the Scottish Open has been played at this course, except for the third round in 2020. Only 17 golers shot under par due to the high winds. Lucas Herbert shot a 79 (+8) in round three and still managed to finish 4th, which gives an insight of how many golfers were having trouble with the windy conditions. As of now, winds are forecasted to blow just 5-10 mph, with gusts potentially reaching 15 mph on Thursday morning. It’s still early in the week so this can all change, but it doesn’t look like the weather and wind will be much of a factor throughout the week. If that’s the case, this tournament will likely turn into more of a putting contest instead of a ball-striking competition.

The Renaissance Club seems like a great course fit for Cameron Smith. He ranks 1st in the field in Birdies or Better Gained and 8th in Opportunities Gained. He’s also 3rd in the field in SG: Approach, 14th in SG: ARG, 6th in 3-putt-avoidance, and 18th in SG: Par 5s. He lacks in SG: OTT, but Matthew Fitzpatrick finished T2 last year while losing strokes OTT, so it is not a necessity if you’re strong in other areas of the game. He hasn't had a top-10 finish since finishing T3 at the Masters, but most of his starts have been on courses where bogey avoidance was emphasized more than birdie or better %. I like playing Cam on easier courses where he can get hot with the putter and light up the leaderboard. At only $9.1K on DraftKings, Smith is very easy to roster in DFS.

Homa ranks highly in nearly all of the main stats I’m looking at this week. Over the last 24 rounds, Homa ranks 2nd in SG: Approach, 6th in SG: T2G, 9th in SG: Par 5s, and has gained strokes putting in 4 of the last 5 events. Homa has never played this event before, so he may be at a disadvantage as far as course history goes. However, he finished T40 in The Open Championship last year so he has some experience with links golf. On the season, Homa has only missed two cuts and has finished inside the top 20 in half of his starts. He hasn’t lost strokes with his irons since November. I expect him to have similar success overseas. 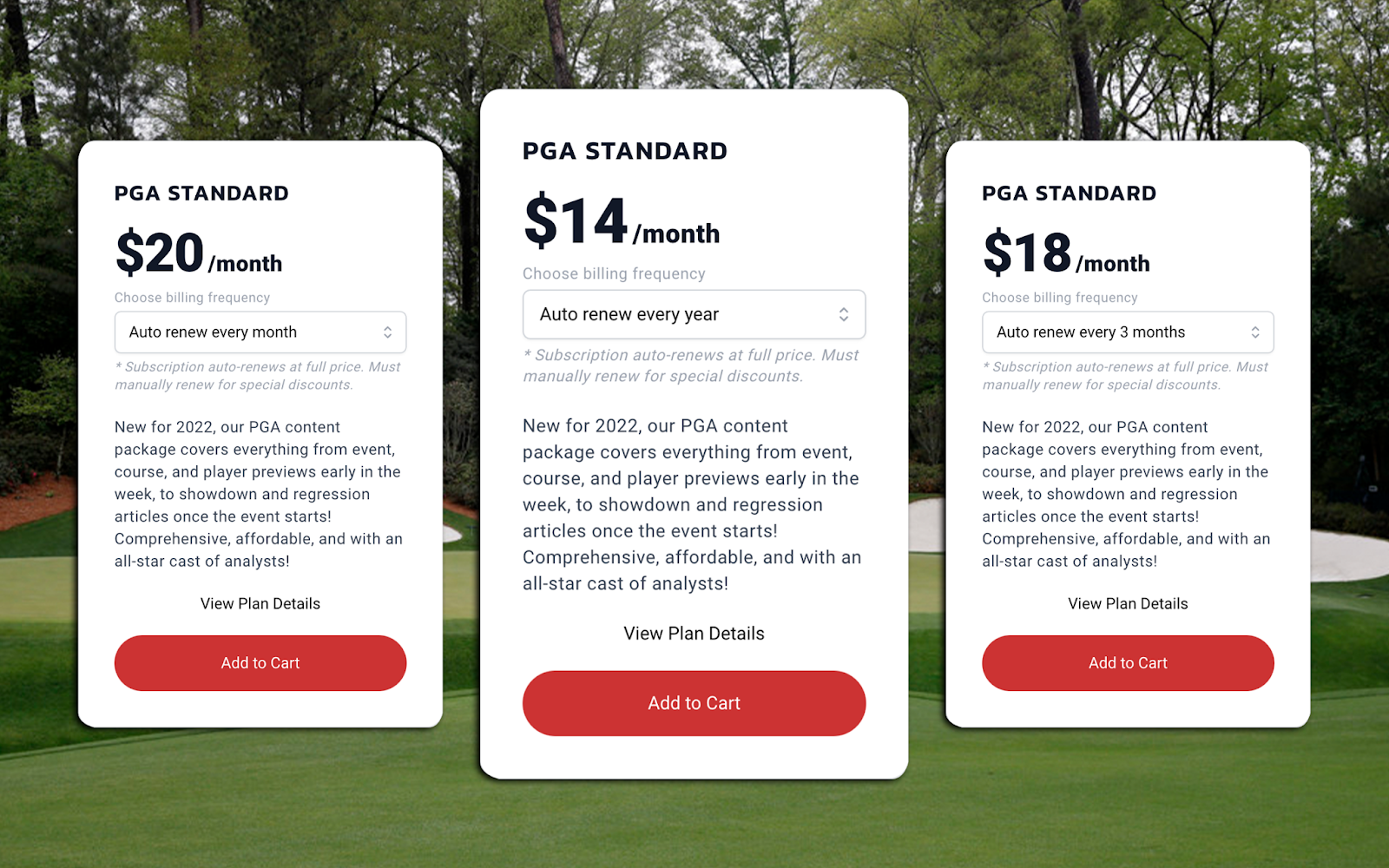